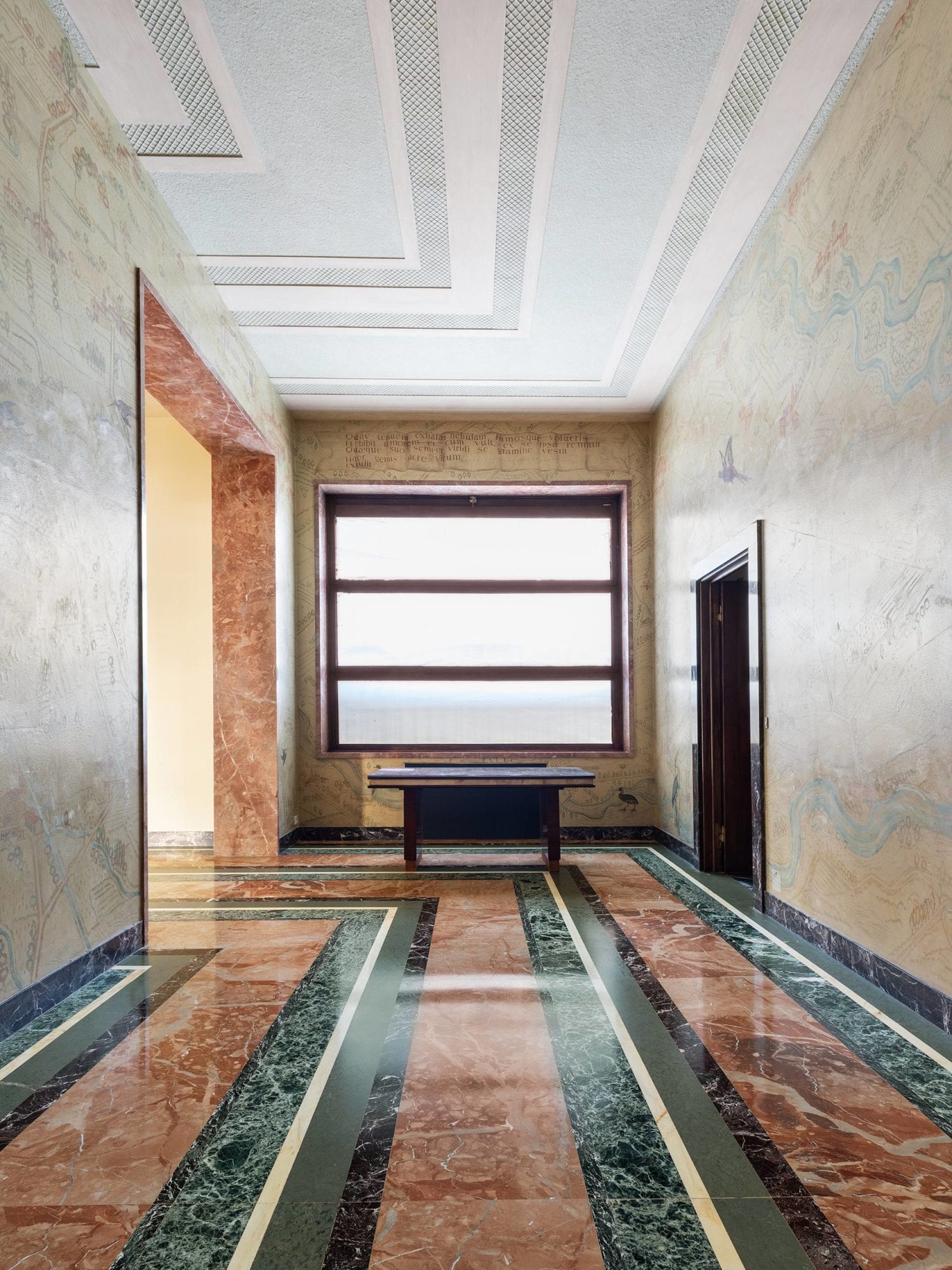 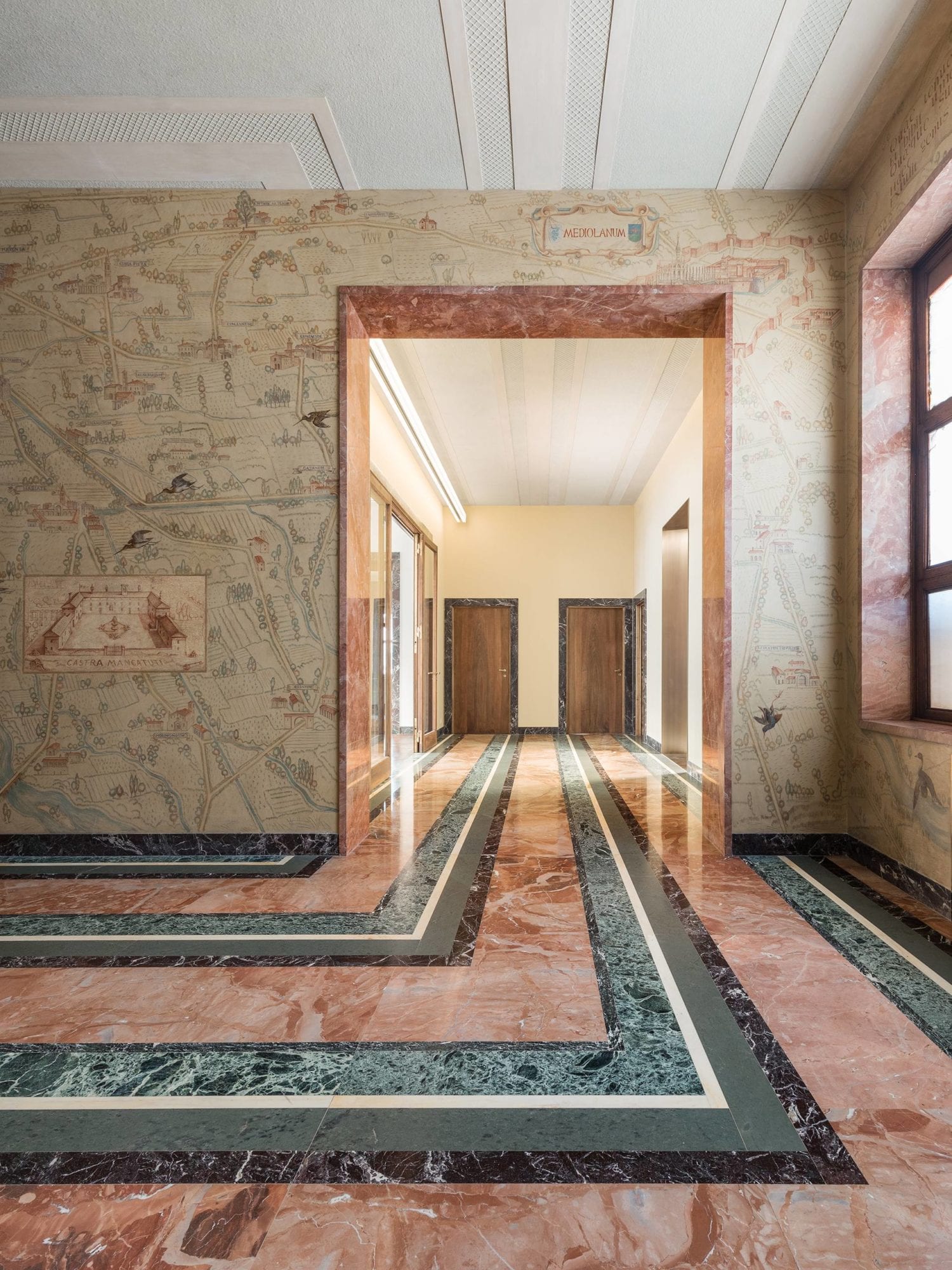 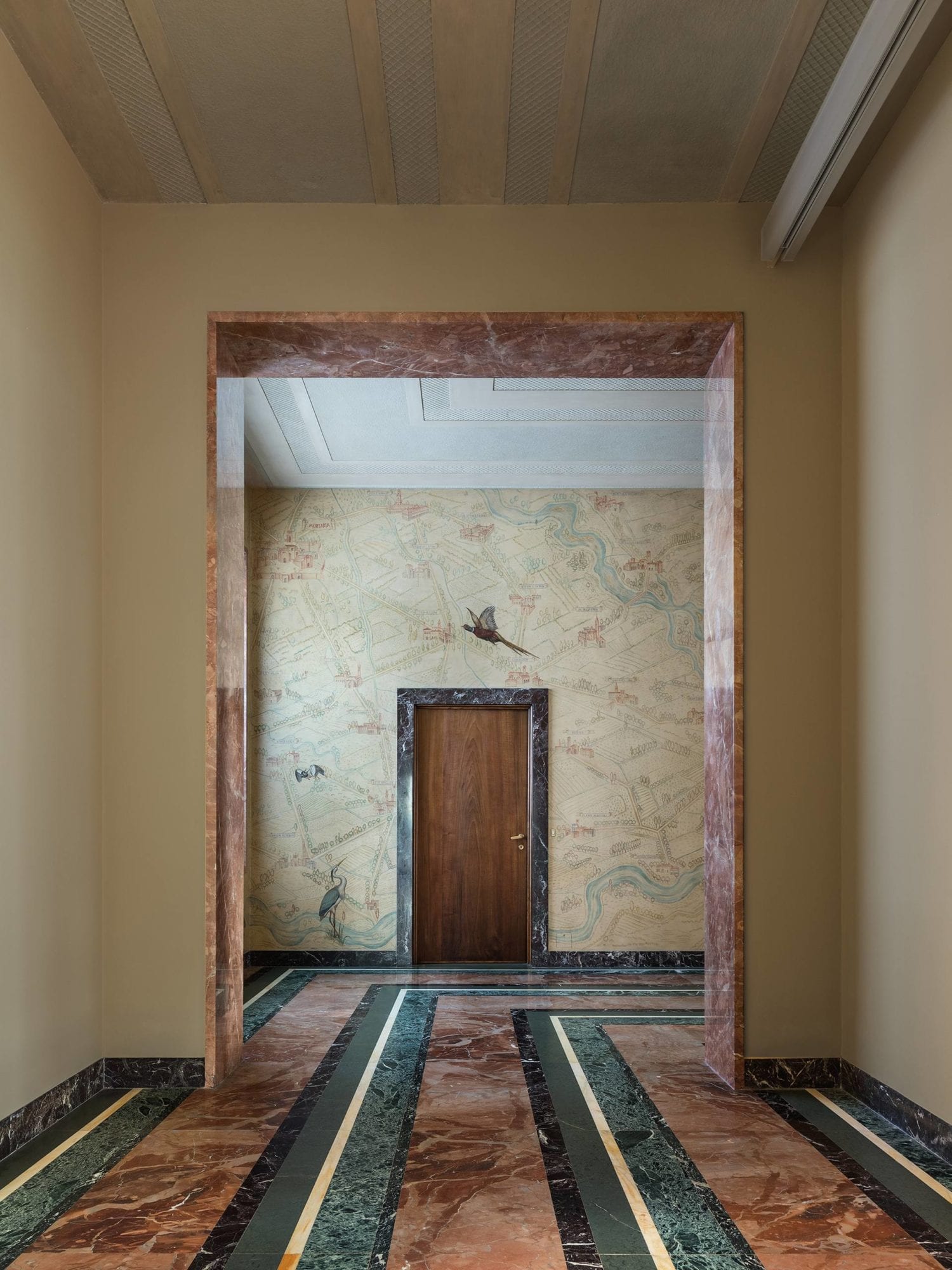 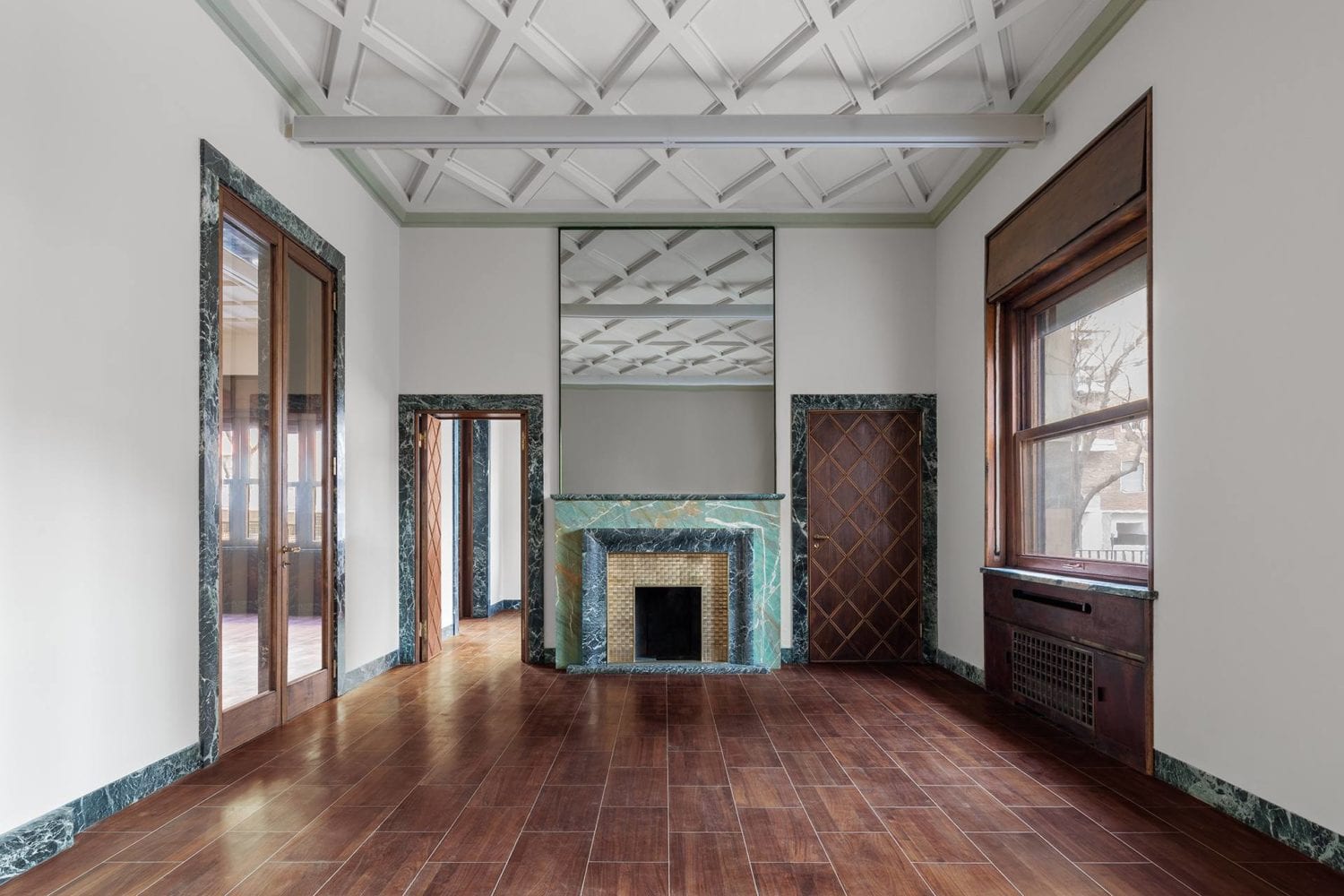 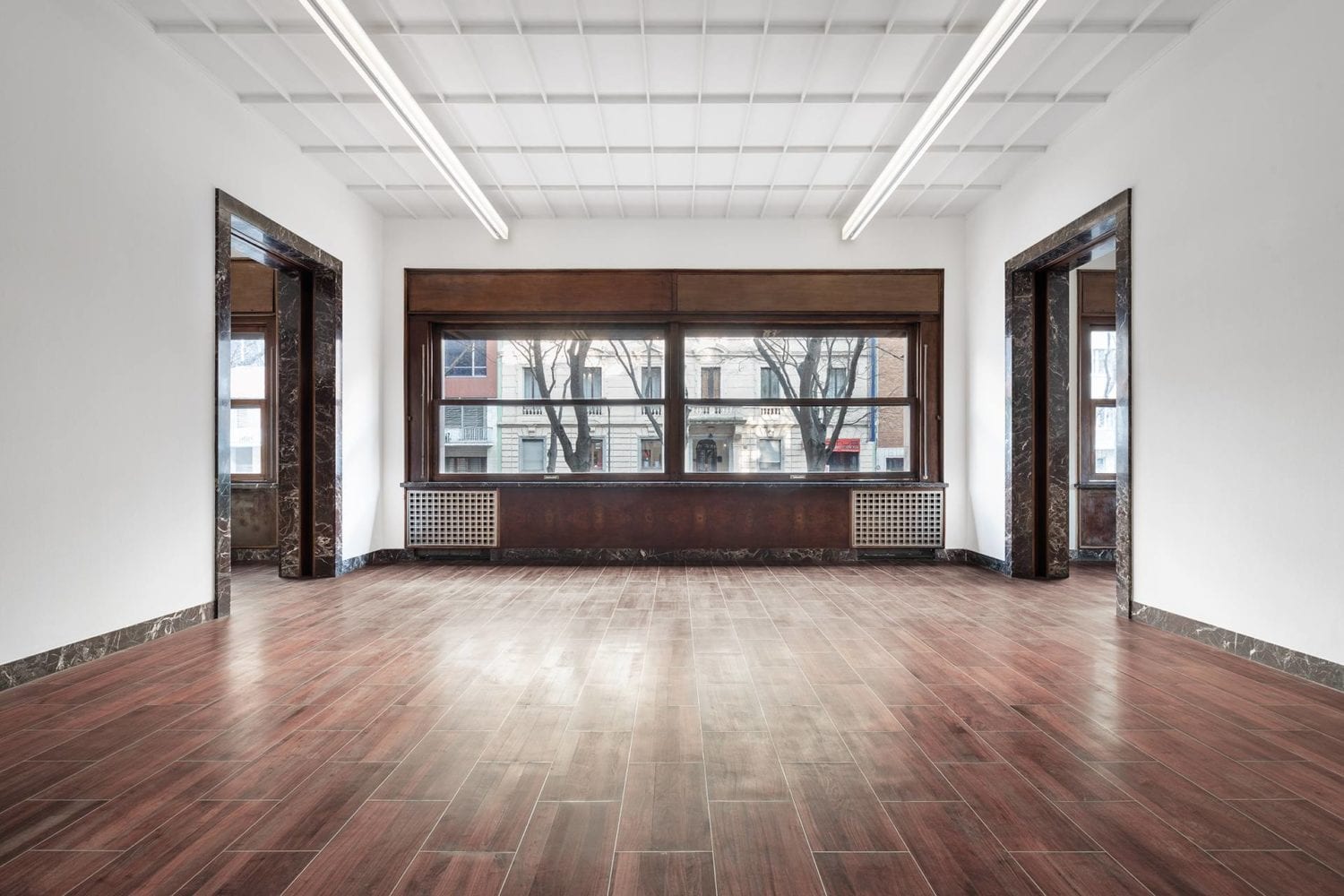 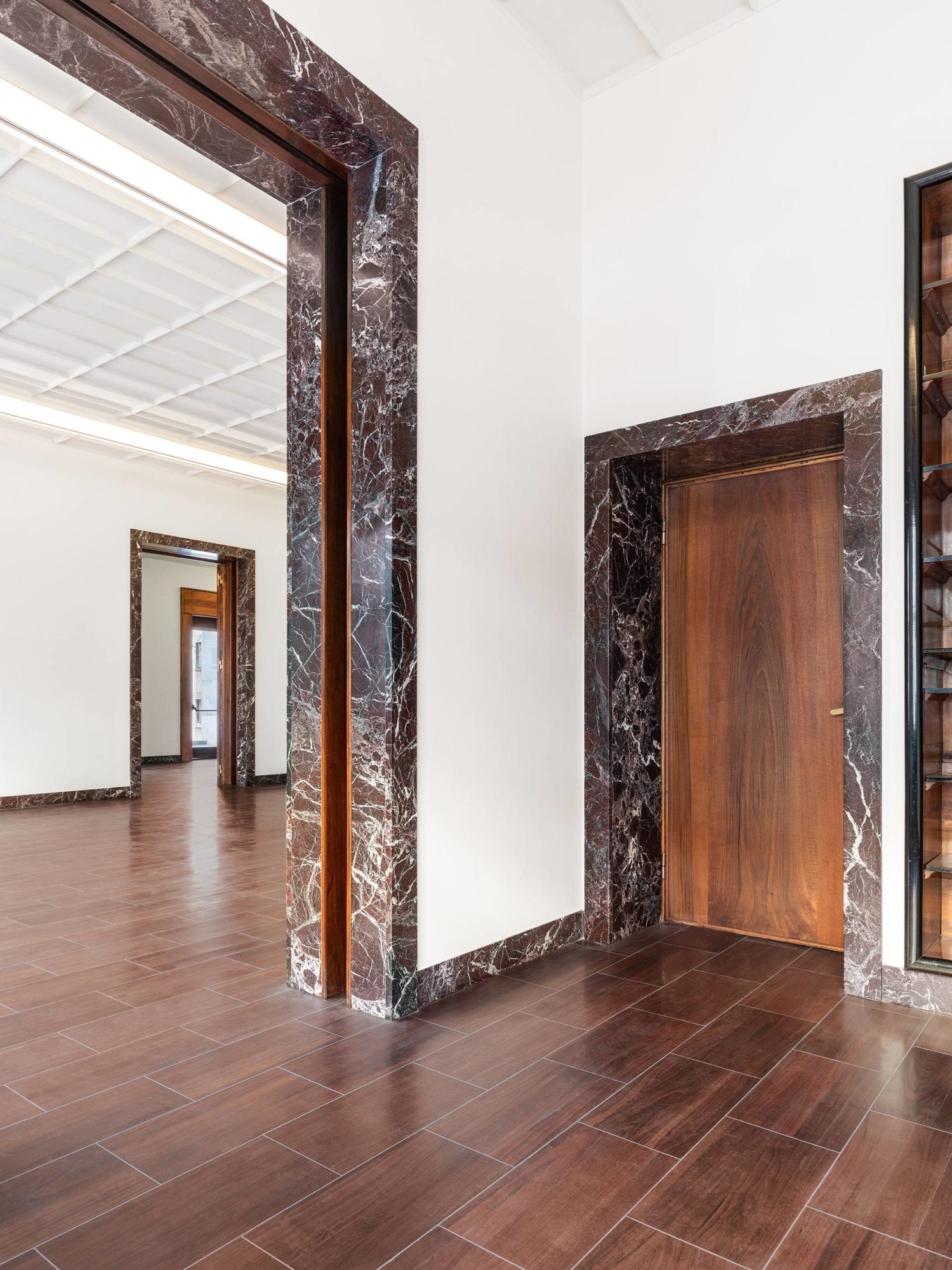 Studio Binocle and Antonio Citterio have completed an extensive restoration of Piero Portaluppi’s Casa Corbellini-Wassermann in Milan. The 1930’s modernist structure was originally designed to incorporate a two storey-family home with additional individual apartments above. The 1000sqm building remained residential until the 90’s, when it was taken over as bank offices and later abandoned in 2001. Casa Corbellini-Wassermann lay empty for 15 years before art dealer Massimo De Carlo stepped in to restore it to former glory, having officially made the apartment his gallery headquarters.

Ensuring the history of the building was upheld, Italy’s Superintendent Bureau for Archeology and Fine Arts supervised the renovation. This is the first time the opulent interiors have been open to the public, with an eight-room gallery now set amongst Portaluppi’s extraordinary use of mixed marble. Ornate fireplaces, doorframes, and a striking striped floor feature three types of green marble (Cesana, Issorie, and Rojo), as well as Rosso Levanto and Amiata Rosso red marble. A master bathroom, decked out in rare turquoise Malachite di Challant marble, manages to be even more luxuriant. 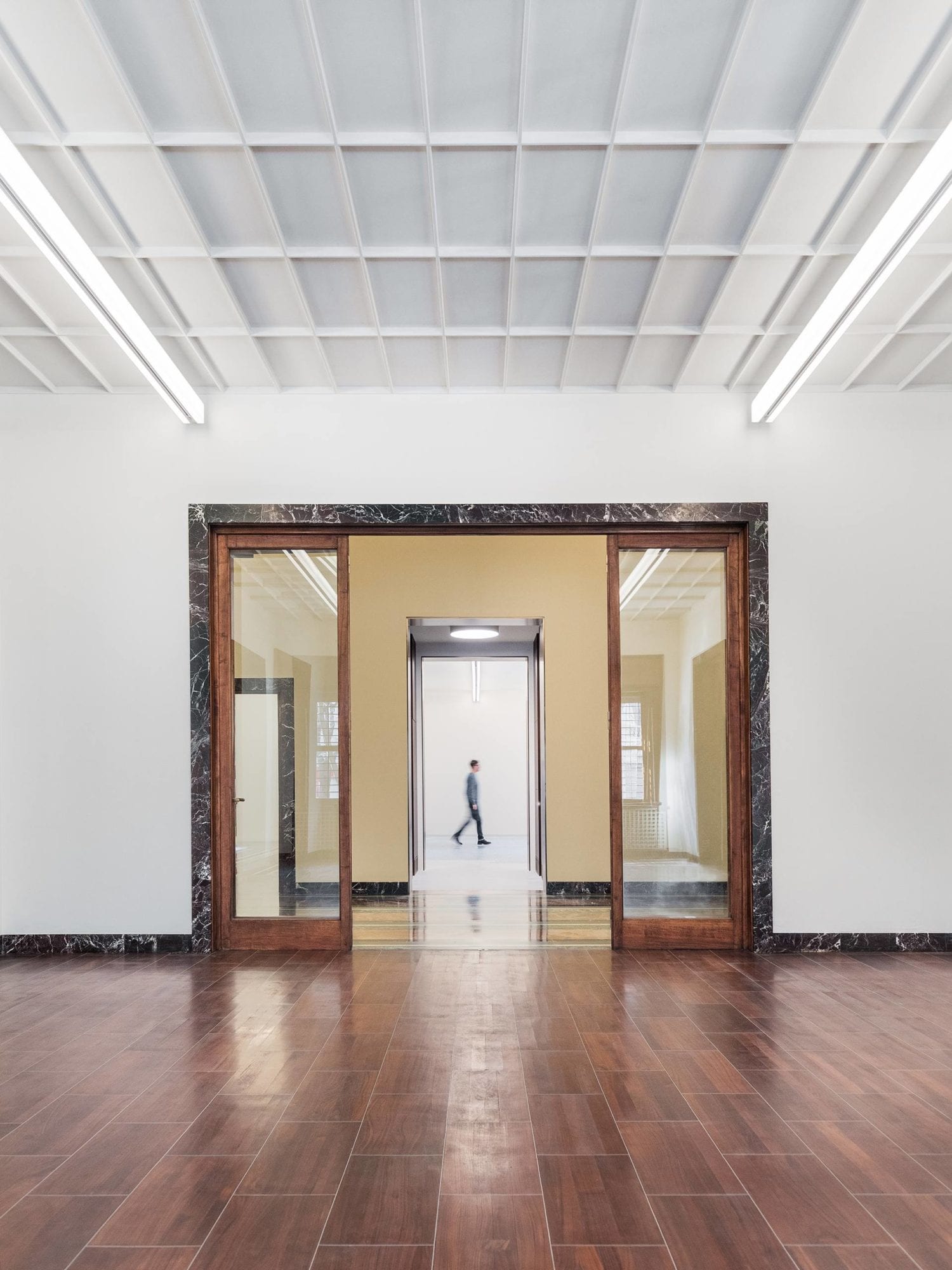 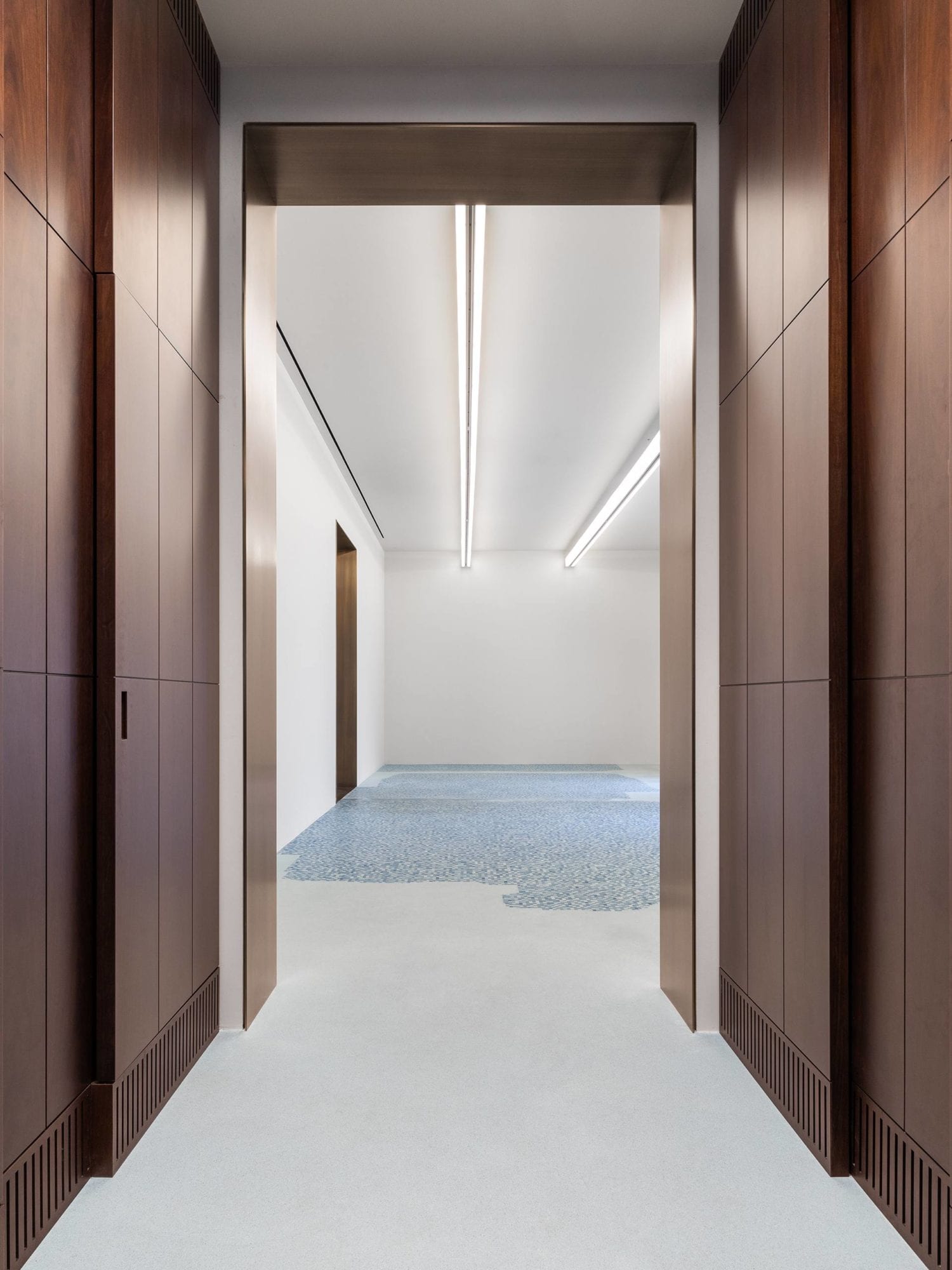 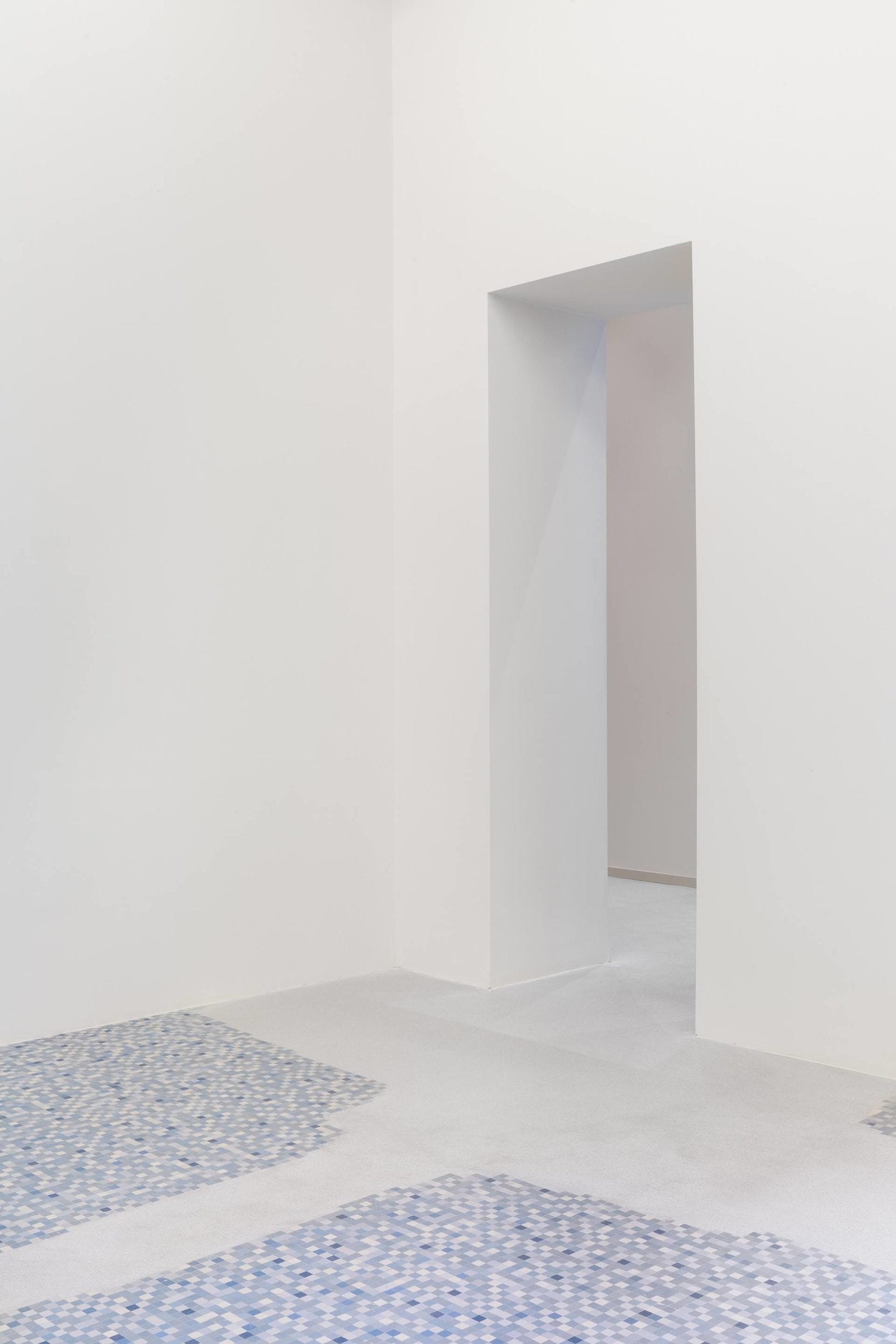 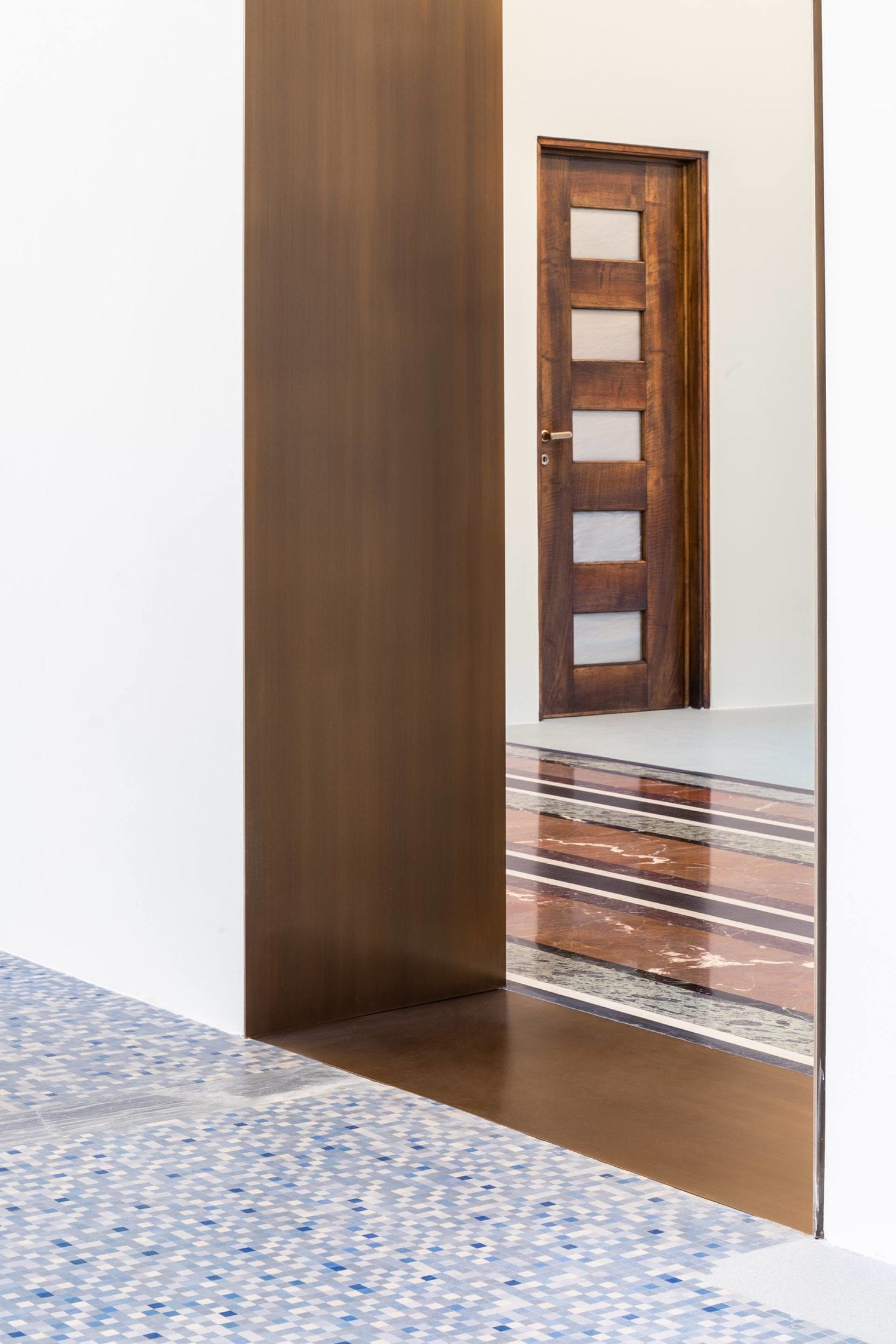 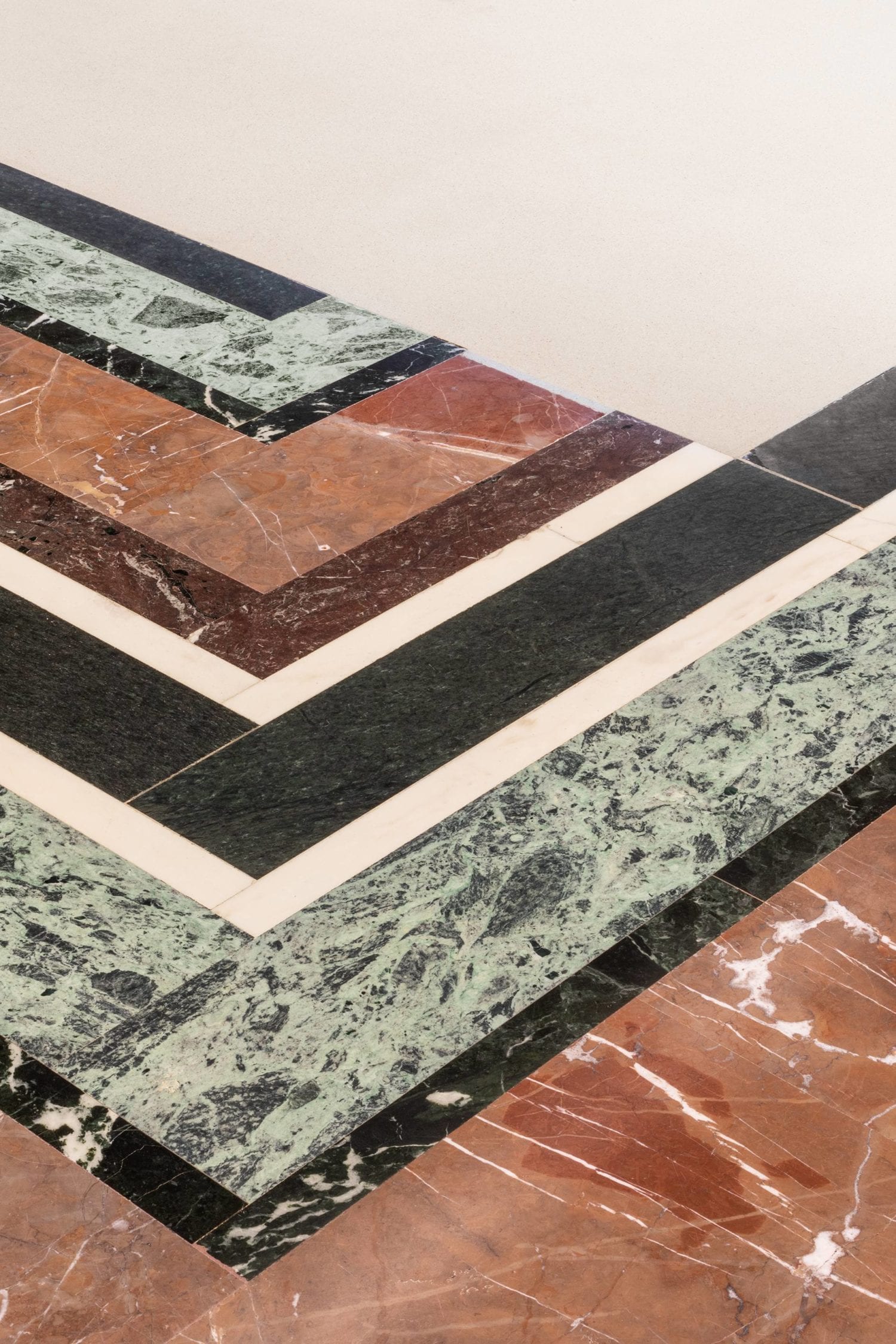 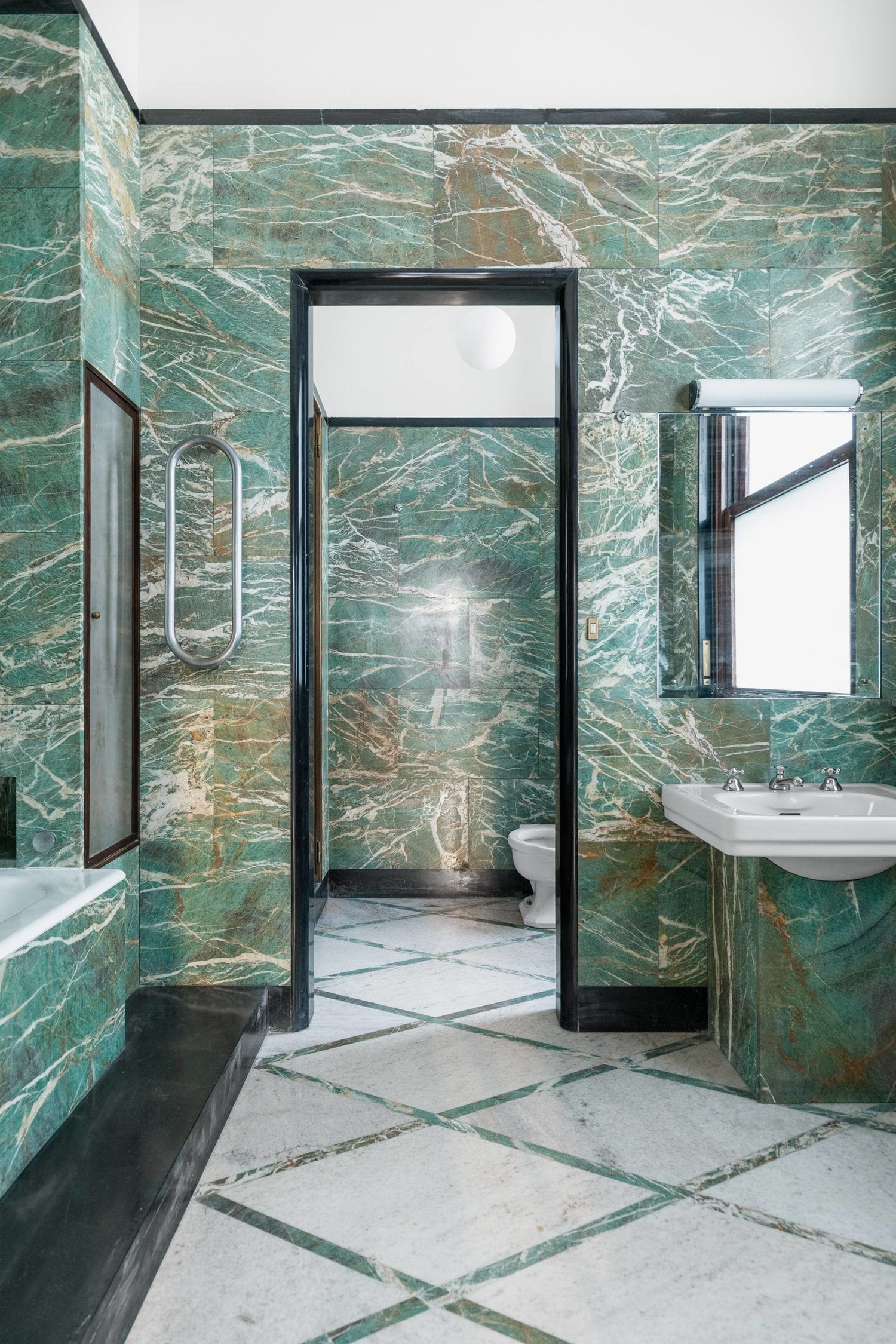 Portaluppi’s signature flamboyance extends to the exterior facades, with the first two storey’s clad with pink and grey Ornavasso marble. An external spiral staircase is one of the most iconic features, made of concrete and marble. Elements such as a custom lighting system designed by Metis were added to adapt the historical space into a contemporary gallery, with full-length glowing beams a minimal, modern alternative to 30’s era luminaires.

De Carlo’s inaugural exhibition MCMXXXIV is named for the date that Casa Corbellini-Wassermann began construction. Curated in collaboration with Francesco Bonami, the exhibition presents parallel visions of Italy during the 1930’s, a duplicitous time of political upheaval and prolific creativity from Italian artists and designers.

Fusing historicism with modernity, MCMXXXIV presents works of contemporary artists with sculptures made around the same time the Casa was constructed, made by artists whose works potentially existed in the apartment back in the day. Innocuous objects such as Sirio Tofanari’s bronze squirrel contrast loaded imagery such as Yan Pei-Ming’s grisaille version of Hubert Lanzinger’s 1936 ‘Der Bannerträger’, a portrait depicting Adolf Hitler wearing armour. END_OF_DOCUMENT_TOKEN_TO_BE_REPLACED