The backdrop was created for PR company Trendgruppen’s Design TV initiative, which was shown as a part of the Swedish capital’s annual design week.

The 15-minute daily live episodes were conceived as a way of reaching an audience that, due to the coronavirus pandemic, were unable to attend the fair this year. A sculptural, terracotta-coloured sofa stands out against the peach background colour

Reflecting the fact the much of the audience may be stuck at home, ASKA aimed to envoke a sense of escapism for the Design TV viewers.

“Since we haven’t been able to travel for a while now we believe that the longing for exotic atmospheres is getting stronger – and we wanted to respond to this desire,” ASKA co-founder Polina Sandström told Dezeen.

“The choice of colour therefore goes in tones such as peach, beige and terracotta, and the soft forms are inspired by the organic curves found in the Mediterranean area.” 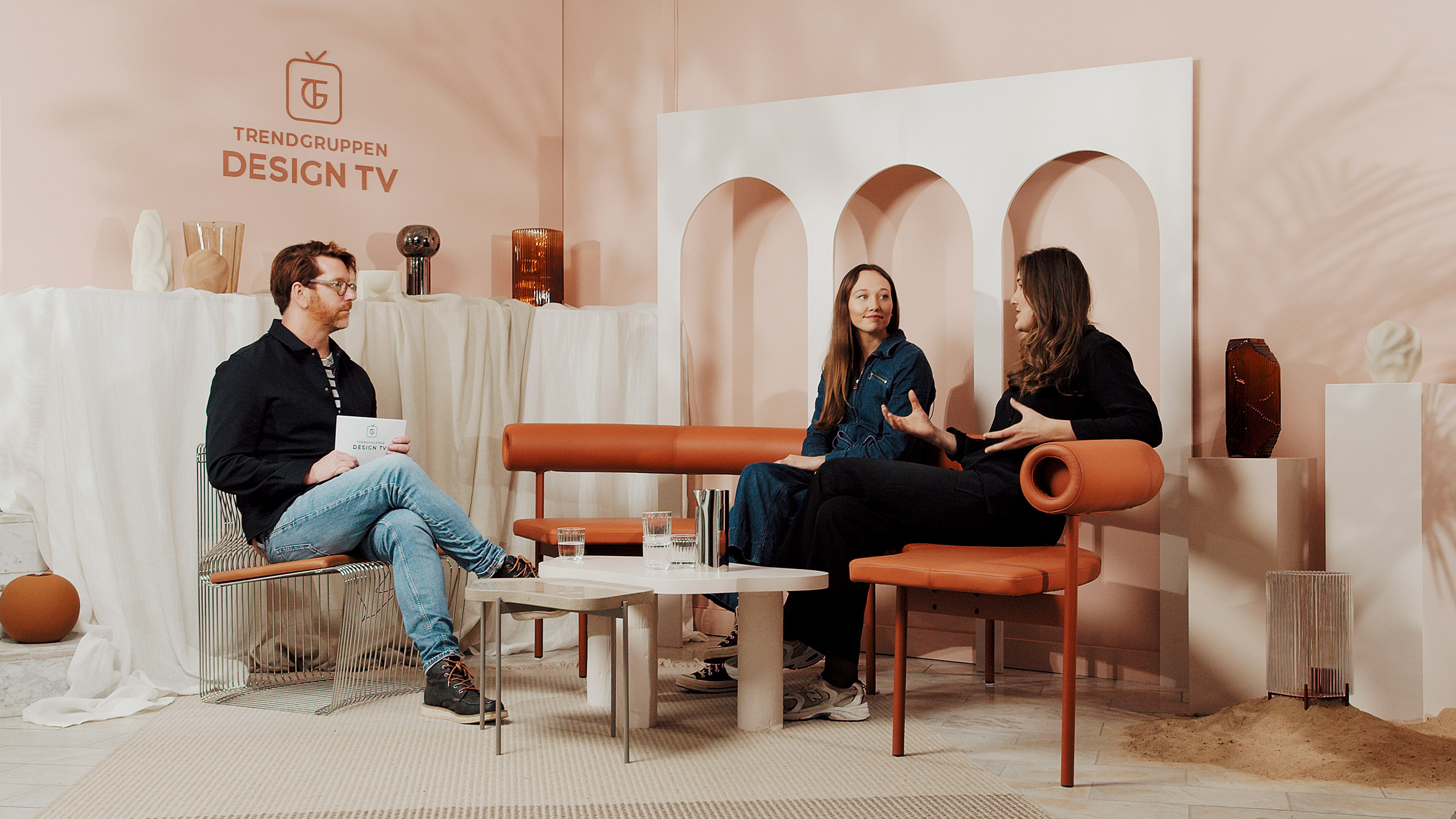 The set also featured architectural shapes and a curated selection of glass, steel and ceramic accessories, as well as a pile of sand to underline the travel theme.

The studio started the project by deciding on an angle and frame for the digital recording, and then designed and styled the setting from that one camera perspective. 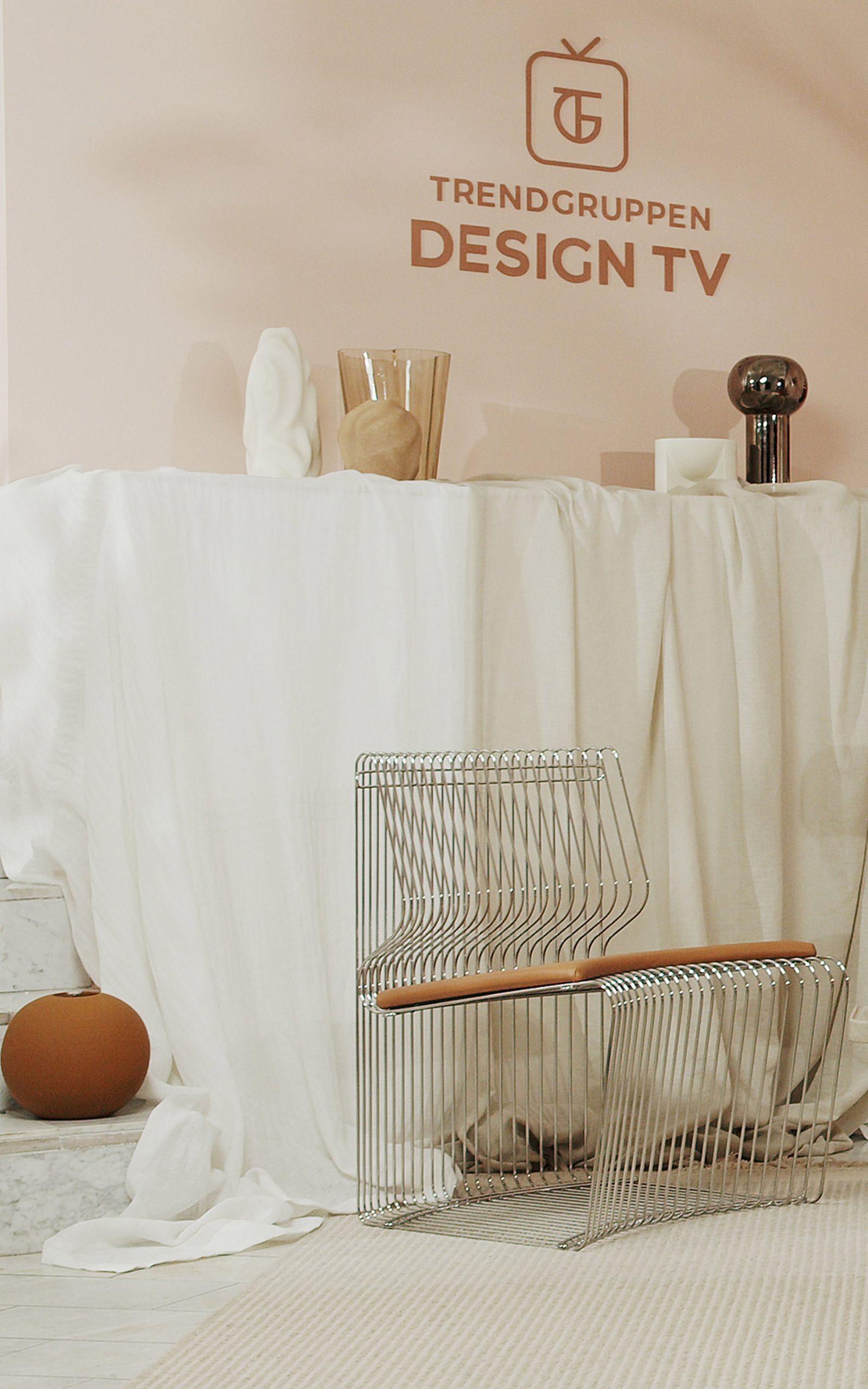 “By working with objects in different heights and placing details in different places – such as the sand pile, the folded fabrics and the vault backdrop – we were trying to create different focus points and thereby a more lively setting,” Sandström explained.

“While placing interior objects with different distances from the wall and working with shadows we wanted to add a sense of ‘depth’ to the picture.” Architectural shapes were used to create a sense of stability

ASKA chose a rich peach background colour, as digital settings require a lot of artificial light which can make the backdrop disappear.

It also designed its own furniture, including a backdrop with vault-shaped openings, a coffee table and decorative pedestals to be used for the set. This was in an attempt to create a set design that would feel recognisable and safe.

“We believe that being part of a very fast everyday rhythm while tangling unpredictable life scenarios has created a desire for stability and that people are drawn to a design language that is recognisable and familiar,” Sandström said.

“Fundamental architectural elements such as vaults and columns provide this sense of safety and stability. In this setting we chose to reuse some of these large scale elements and show them in a small-scale context, as interior decorations.” 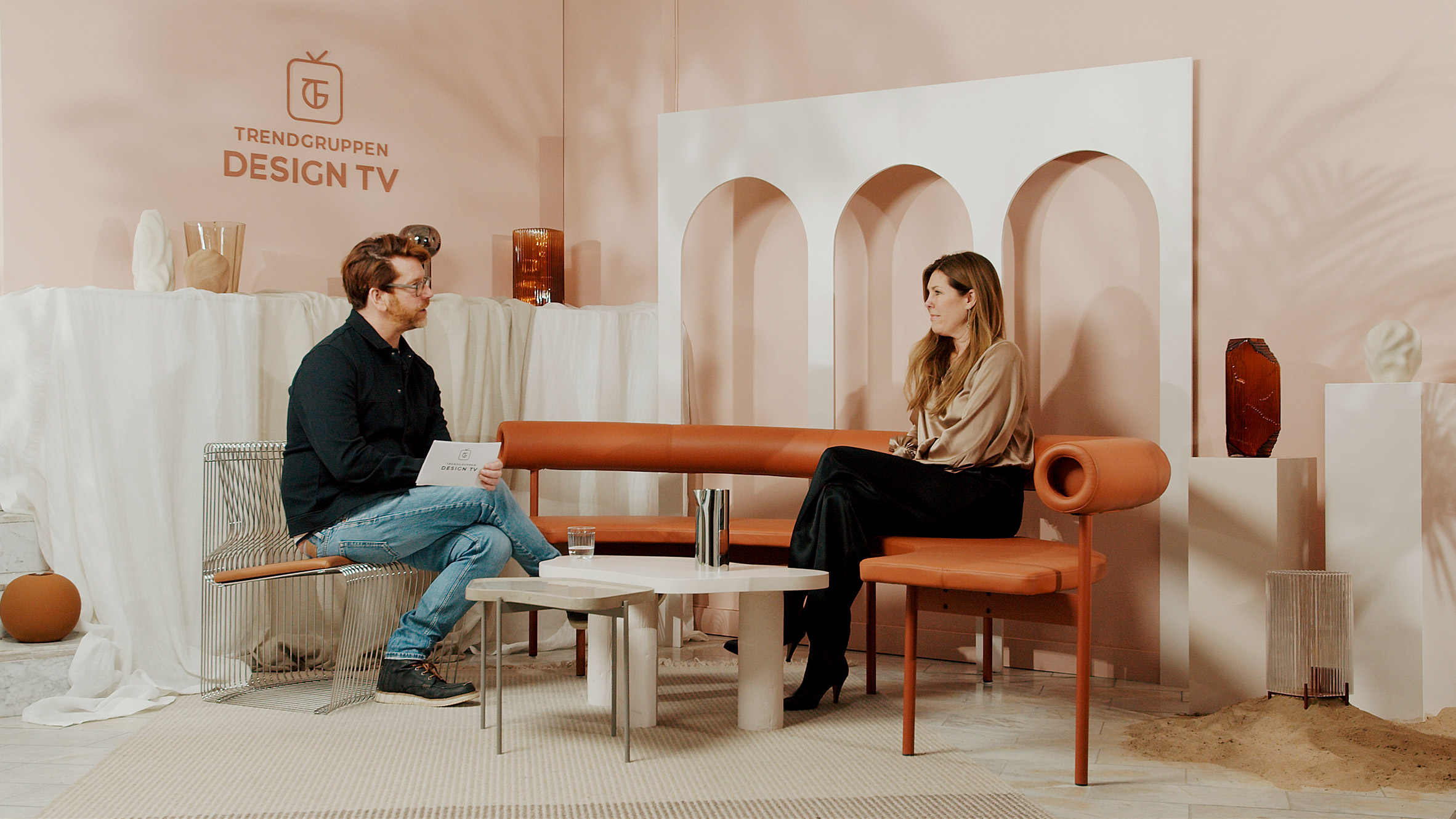 With the coronavirus having severely affected physical attendance at design fairs, a number of organisers and brands have turned to digital solutions, such as livestreamed interviews, to showcase their events and products.

Trendgruppen‘s aim was for the Design TV broadcasts to share its design news with the media as well as architects, interior decorators and a design-interested audience.

“The fair was closed, and we couldn’t arrange any press meetings or VIP cocktails – like we usually do – due to the pandemic,” Trendgruppen CEO Karin Sköldberg said.

“The design companies had news to introduce, and we wanted to do something attractive, digital.”

Though she thinks virtual talks will replace real-life conferences to some extent, Sköldberg still believes physical meetings will remain important.

“There will still be live meetings and conferences,” she said. “We are humans and need to meet, and see each other. There is a lack of interaction when you only meet virtually.”

Many other events have gone fully digital this year to reach people during the pandemic, including The World Around, while brands have also come up with innovative solutions – Tom Dixon‘s eponymous founder attended Stockholm Design Week as a hologram.

Photography is by David Thunander.