Latest News
Home /Blog/Dirty dancing: A small black hole is stripping, lighting up its binary star in time to a beat, and scientists don’t know how

A surprisingly small active black hole located 15,000 light-years away is lighting up a neighboring gas cloud to a specific, shared rhythm, in a strange but fascinating phenomenon.

The black hole system in question is called SS 433 and is considered a Microquasar: the black hole measures between 10 and 20 solar masses while its binary companion star is 30 times the mass of our sun.

The pair orbit each other at a distance of roughly 100 light-years every 13 days, with the gas cloud pulsating in time with the underlying rhythm of the black hole. 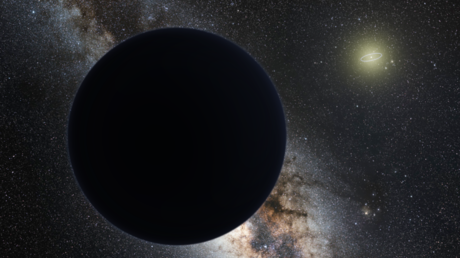 The exact cause of this pulsing is unknown but it is unlikely to be plasma jets emanating from the black hole and it instead may be some form of galactic light show courtesy of cosmic rays.

Cosmic rays are high-energy protons that travel almost at the speed of light and, as the black hole is wobbling on its rotational axis like a spinning top, the behavior of its cosmic rays is already somewhat eye-catching.

“Finding such an unambiguous connection via timing, about 100 light years away from the micro quasar, not even along the direction of the jets is as unexpected as [it is] amazing,” said astrophysicist Jian Li of the Deutsches Elektronen-Synchrotron in Germany.

“But how the black hole can power the gas cloud’s heartbeat is unclear to us.”

Li and his team monitored SS 433 for a decade and found that the jet of plasma emanating from the black hole loses its shape roughly every 162 days, shapeshifting from a spiral to a cone shape and back again, with the gas cloud pulsing to the rhythm of the gamma radiation emissions. 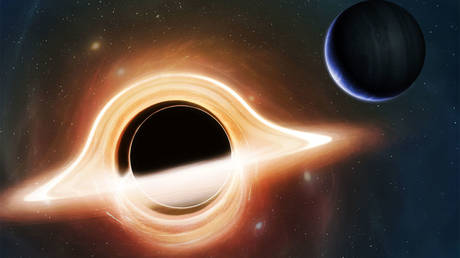 Safe space? New class of massive ‘blanets’ could exist in the shadow of supermassive black holes

This behavior challenges and may even upend entirely existing theoretical models about these microquasars.

“SS 433 continues to amaze observers at all frequencies and theoreticians alike,” the researchers wrote, “and is certain to provide a testbed for our ideas on cosmic-ray production and propagation near microquasars for years to come.”

We Called It! Guthrie Flipped…

Take a close look at…