Italian designer Elena Tamburini has created a collection of four everyday objects that aim to facilitate affection in elderly individuals and couples.

Comprised of a mirror, a brush, a table and a walker, each of the objects in the Filotea collection refers to an affectionate daily gesture, such as a caress, a touch, or looking at yourself or your partner. 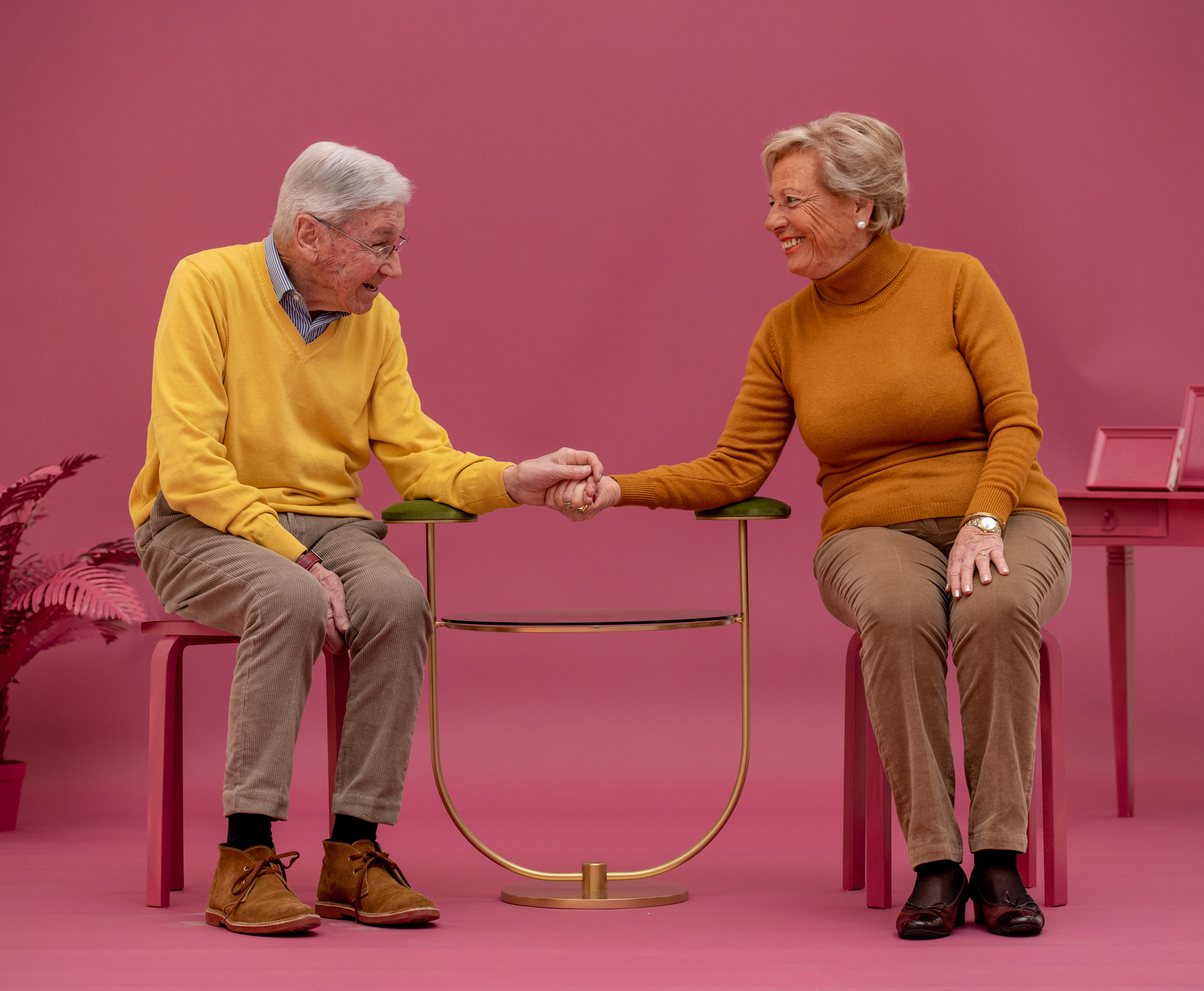 Inspired by sexuality as a taboo in society, particularly in old age, Filotea is designed to encourage individuals and couples to express love and affection whatever their age.

The collection takes its title from a literary reference to Greek mythology, based on the name of the Greek goddess Philotes who was the personification of affection, passion and sex.

Tamburini hopes her creations will raise awareness of the right of people of all ages to take pleasure in their bodies. 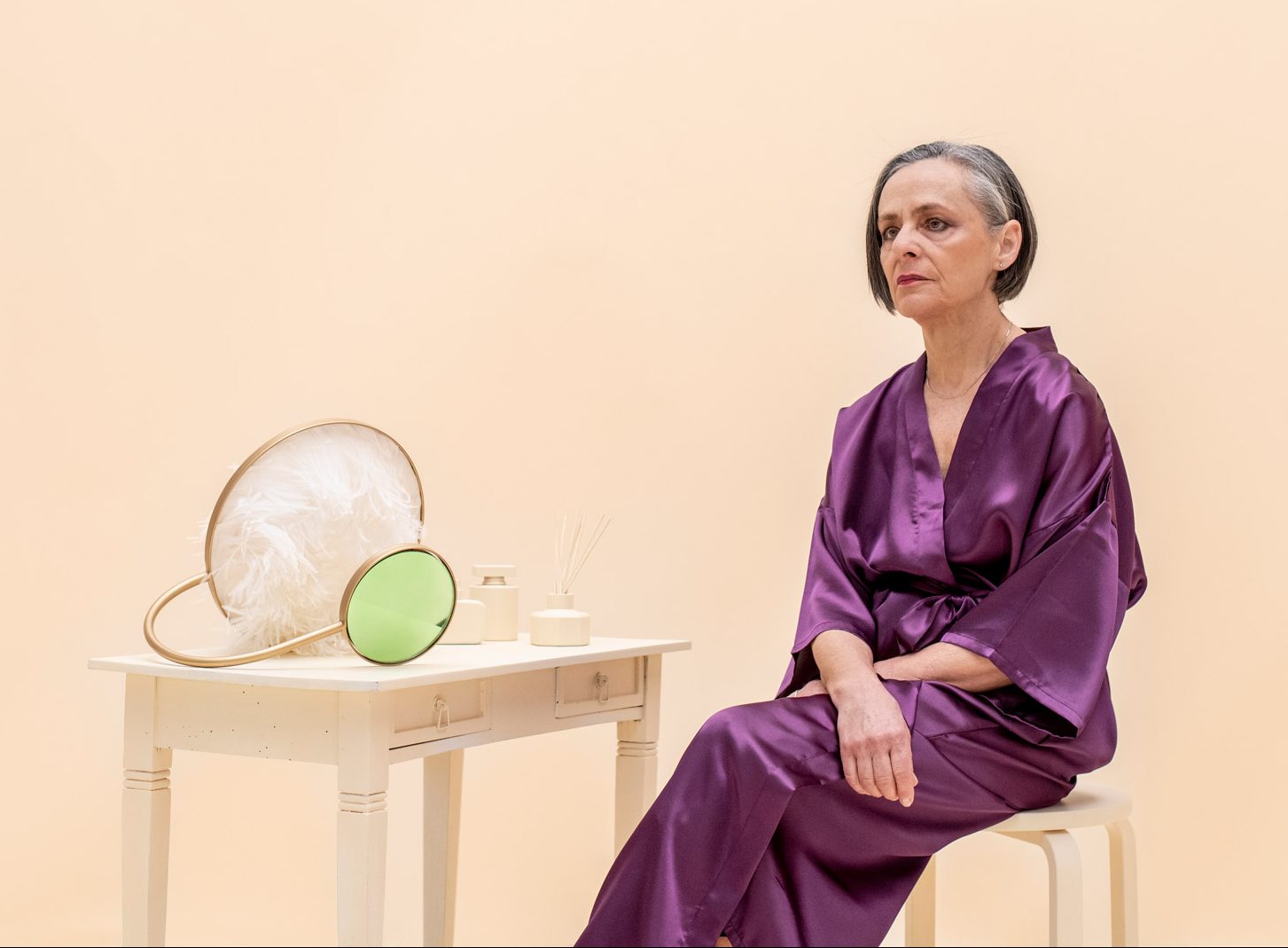 “Today in Italy, 30 per cent of the population is made up of elderly people,” said Tamburini. “We are dealing with an increasingly expanding target, and the demanding specifics of this range cannot be ignored, especially from the point of view of design.”

“Affectivity includes all the acts and emotions of the sexual sphere, and it’s what keeps the relationship alive at all ages, but especially during the last period of life, when it inevitably overtakes passion,” she continued.

“During old age many factors can compromise a relationship, but if you can accept your role in society, if you can appreciate yourself despite your bodily changes, then you can continue to have an active and happy sex life.” 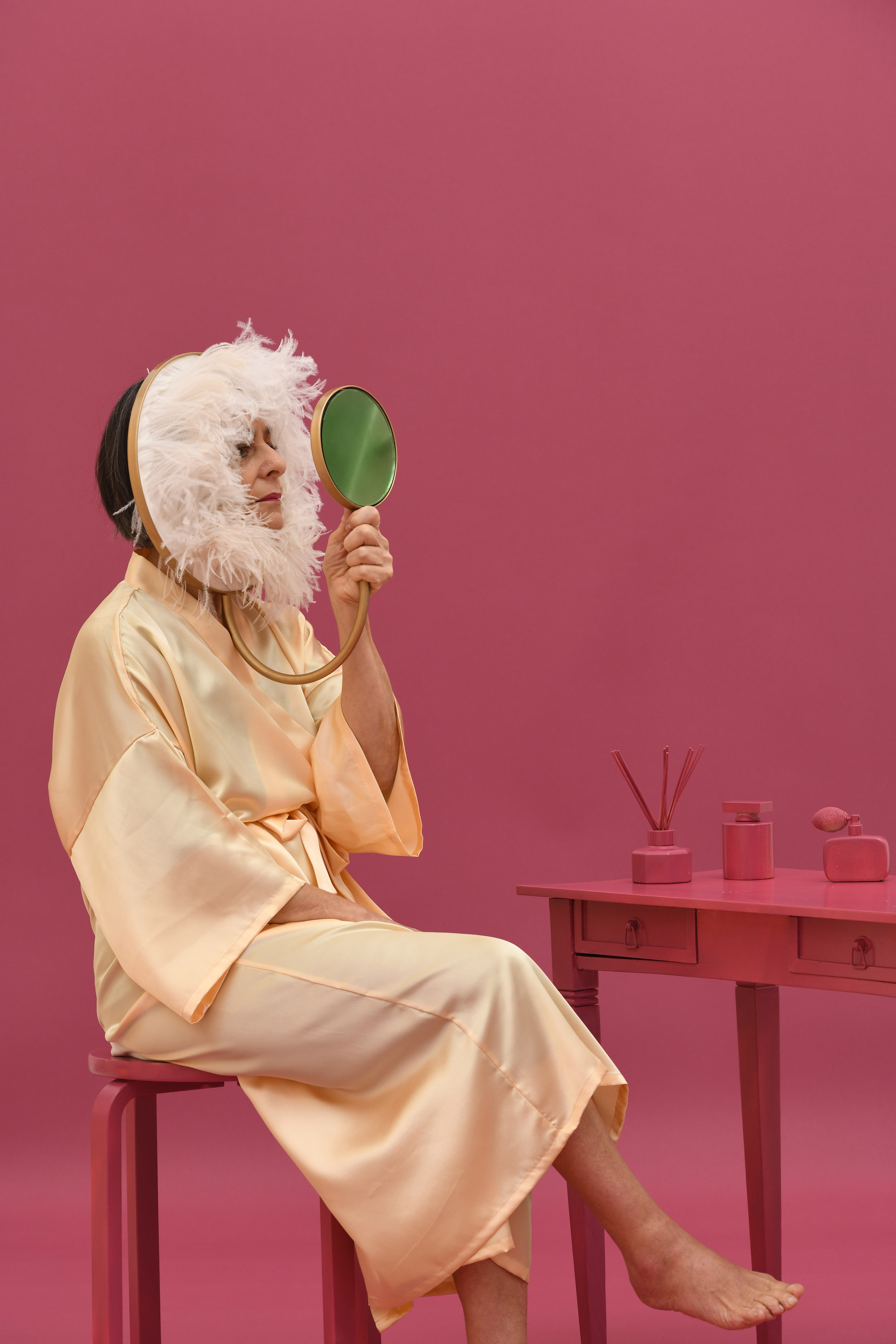 The Otello mirror is embedded with feathers around its edge

Each object represents a daily gesture based on Tamburini’s own studies and personal interactions with elderly people and their relationship habits.

The first object, called Otello, is a mirror designed to imitate the feeling of a caress.

Not only does it reflect the user’s image, but it is also surrounded with feathers that the user can stroke their face with, inviting them to engage in an intimate moment in which they can relax. 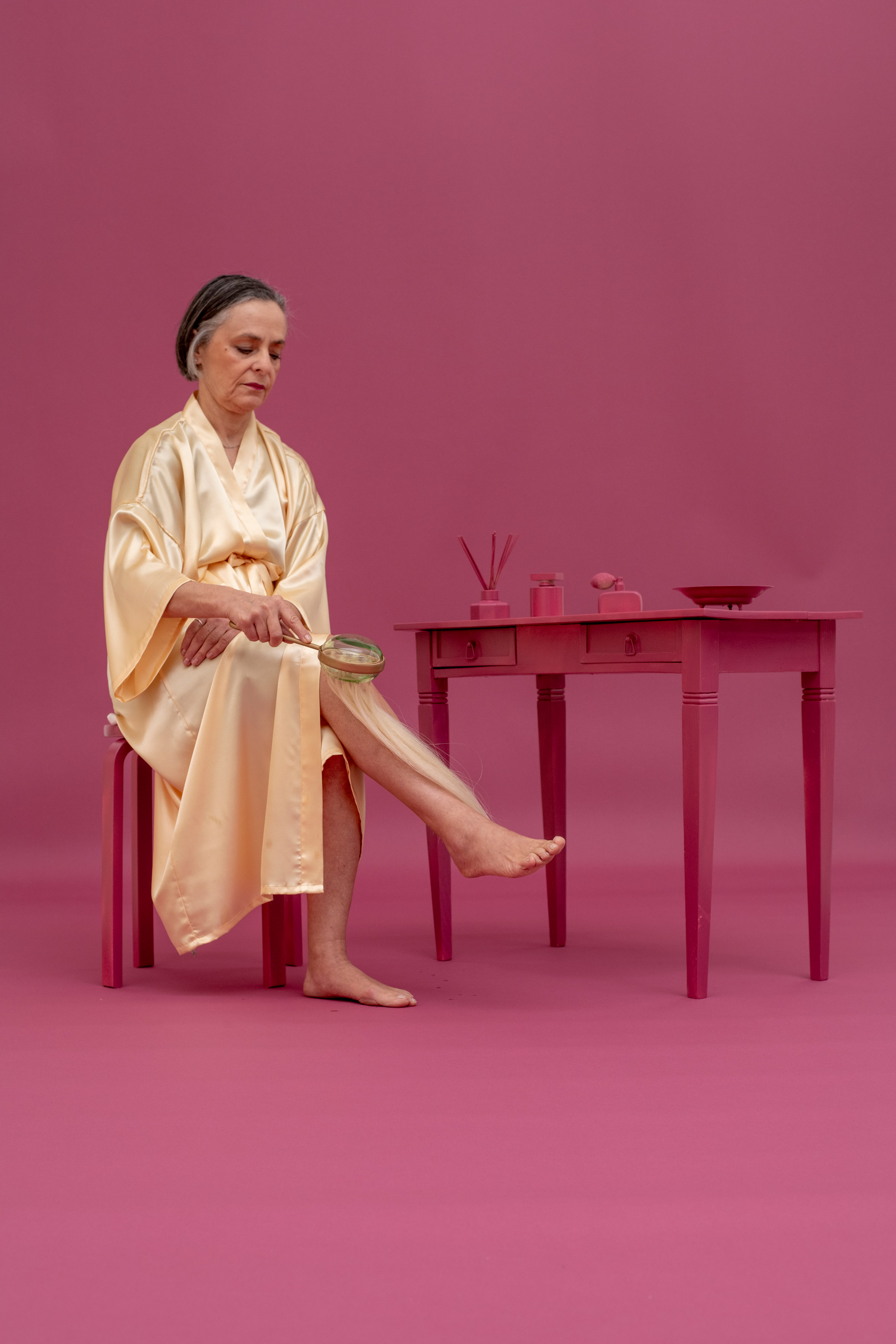 The Filomena body brush stimulates the skin through a sensory massage

Another object in the series is a brush for the body, called Filomena, which stimulates the skin through a sensory massage.

“The caress is the confirmation of an affection, an essential gesture that contains inner balance,” explained the designer. “Through this act we feel recognised, and that is why it can help with acceptance of the body.”

“The mirror and the body brush work on the concept of a caress to rediscover our sensuality and give us moments of pleasure,” she continued. 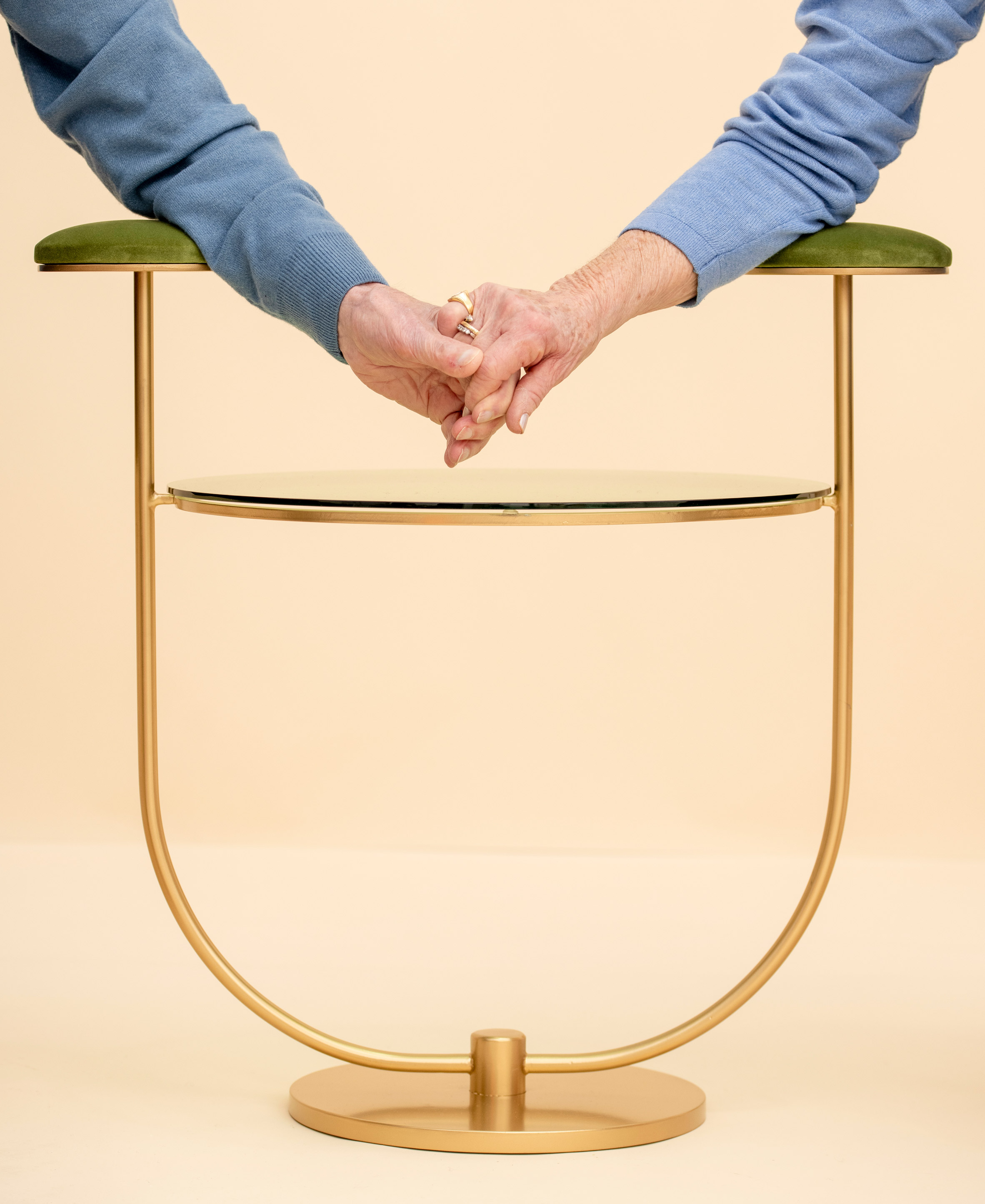 A coffee table designed to fit in-between two chairs also features in the collection. Called Alvise, the piece features two lateral arms with cushioned rests that two people can use to lean on.

“This gesture inevitably gives rise to another: to touch each other’s hands,” explained Tamburini. “Alvise is a facilitator, as it invites people who use it to explore each other.” 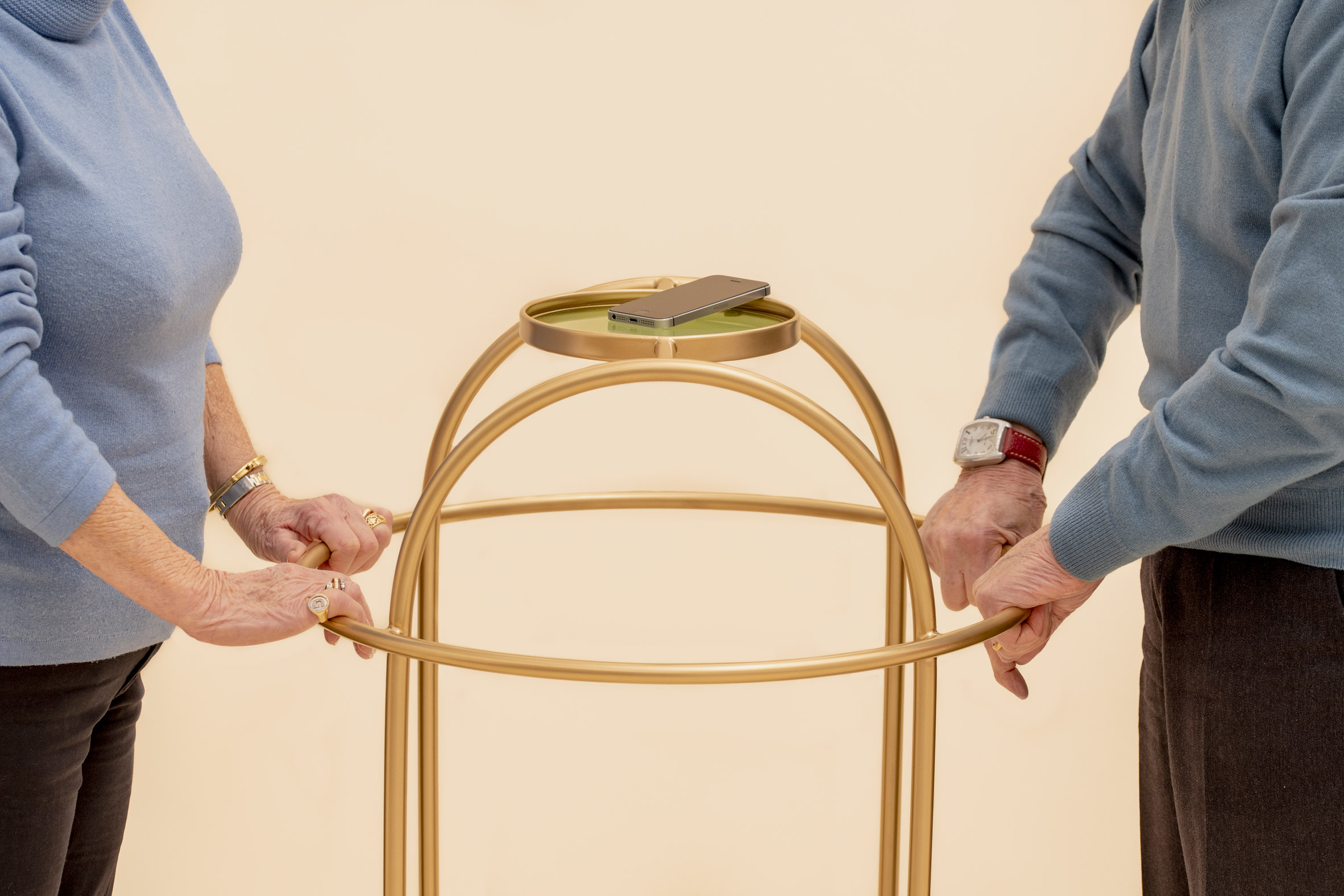 The last object in the collection is the Mirella walking frame that allows two people to move freely and dance together, which would not otherwise be possible without support.

“Music and dance unite people, and bind us to memories and our history,” said the designer. “Elderly people love to dance a lot, because it reminds them of the good moments of their lives.” 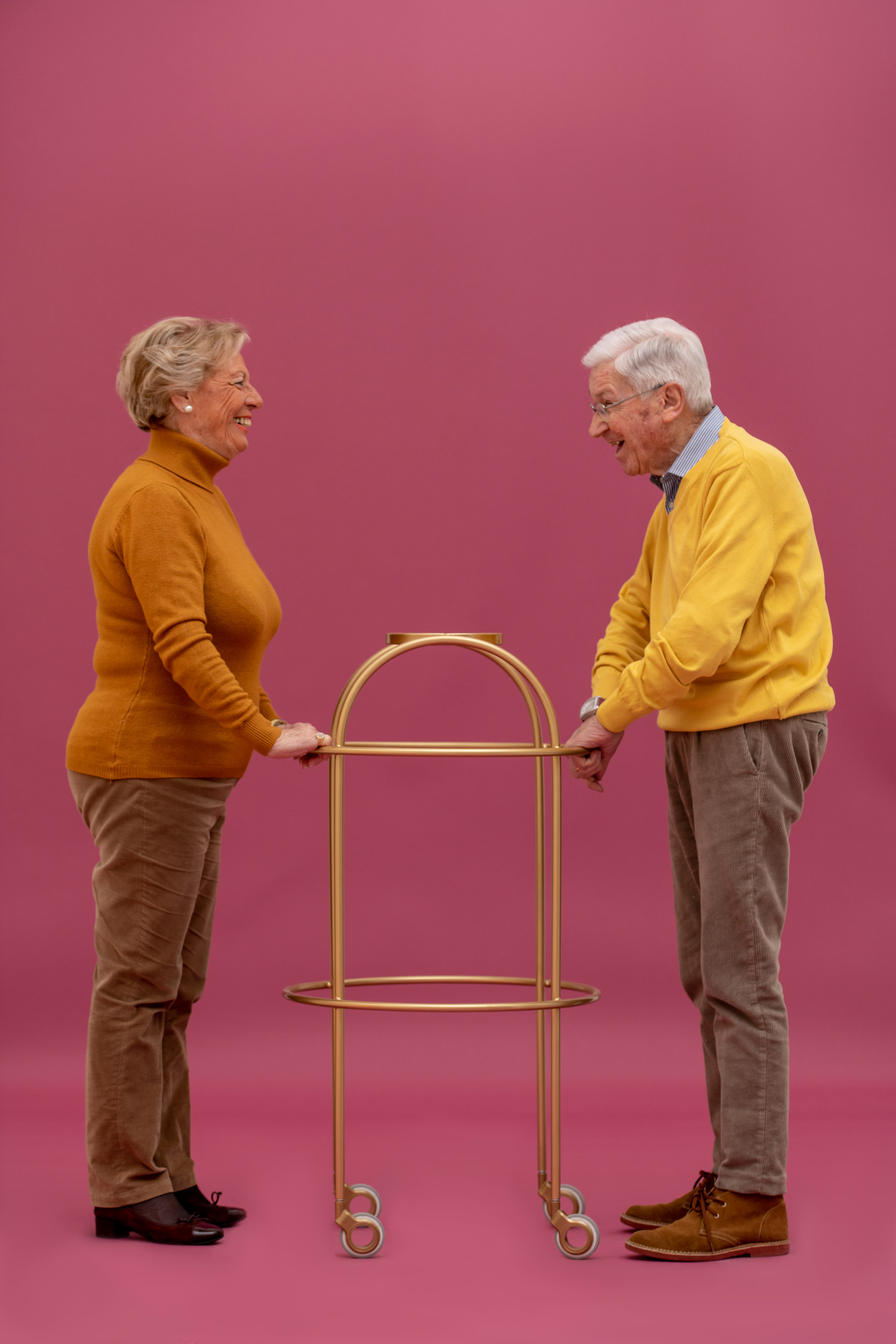 The designer explained how her target audience influenced the formal choice of the designs, which reference the style of the 1920s with a focus on circular shapes.

Tamburini used materials typically found in this period, such as brass and green glass. Each object was made by local artisans, in a bid to preserve Italian craftsmanship, which she claims is slowly disappearing. 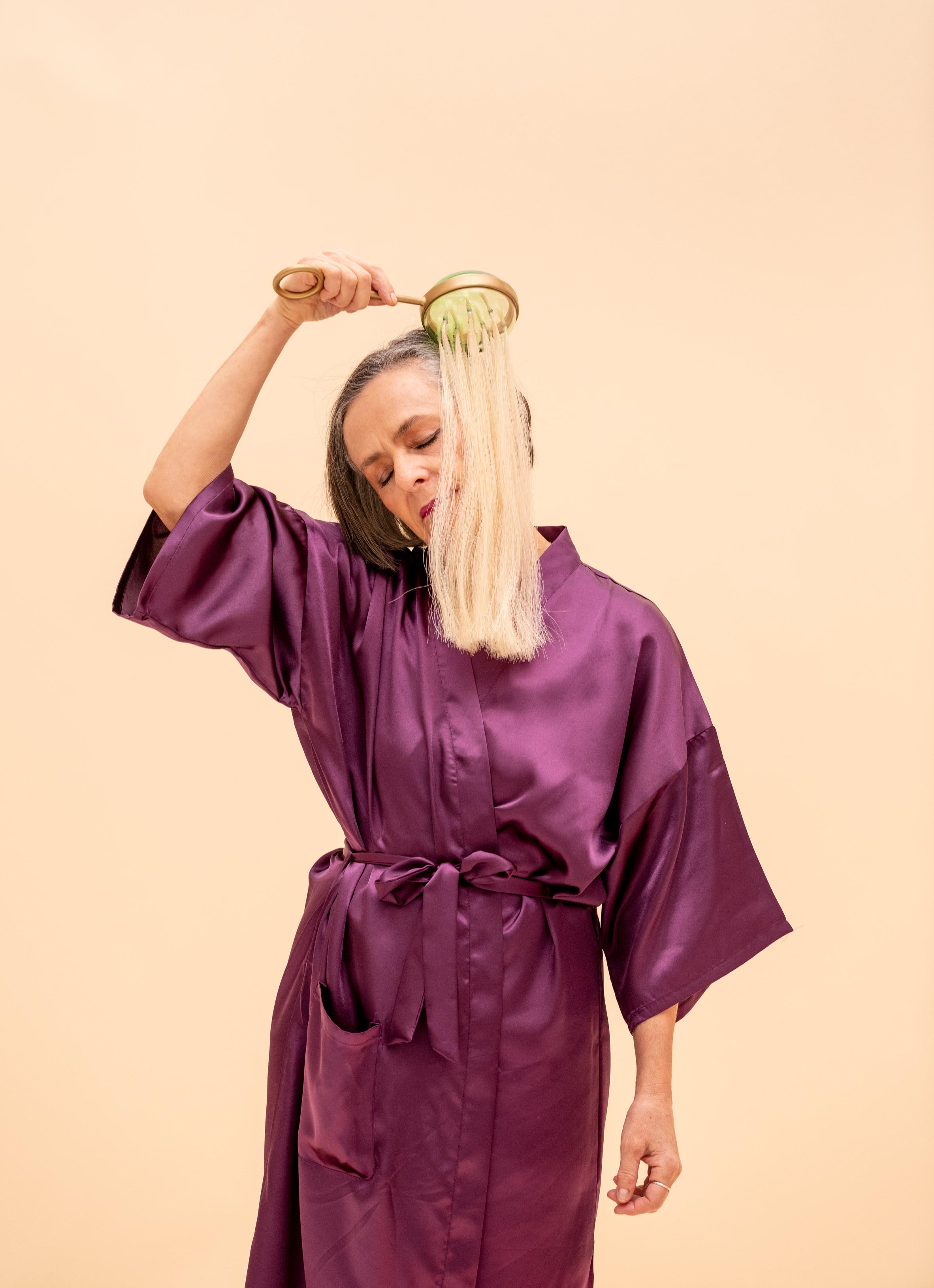 The collection takes its name from Philotes, the Greek goddess of affection and sex

Tamburini designed the Filotea collection as part of her final bachelor project that she undertook at Nuova Accademia di Bella Arti (NABA) in Milan.

Central Saint Martins graduate Magda Sabatowska has similarly created a cookery kit designed to help elderly female residents, who may be isolated in their housing estates, socialise with their neighbours.