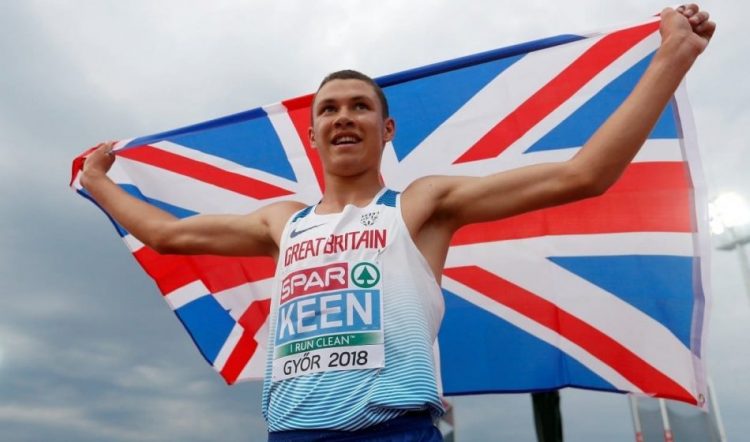 A 69-strong British team has been announced for the European U20 Championships in Borås, Sweden, later this month, with 40 further selections having been announced on Tuesday.

Following the first wave of team selections for the event, which takes place from July 18-21, European U18 3000m champion Thomas Keen and British age-16 100m hurdles record-holder Lucy-Jane Matthews are among those to have been added to the squad, with Keen dropping down to race the 1500m.

The team does not now feature British under-20 800m record-holder Max Burgin, however, as the 17-year-old, who ran 1:45.36 in Bedford last month, has withdrawn after sustaining an injury in training.

After breaking the world under-18 and British under-20 200m record in Mannheim, Amy Hunt has turned her attention from the 100m – the event in which she was originally selected – and will now compete in the 200m and the 4x100m in Borås.

Cassie-Ann Pemberton, Marcia Sey and Serena Vincent, who all finished fourth in the 100m, 100m hurdles and shot put respectively at last year’s European U18 Championships, are also included in the team.

Bayley Campbell, who was eighth at last year’s World U20 Championships, earns another British vest, while there are British debuts for 800m specialists Oliver Dustin and Finley McLear, who are ranked third and fourth in Europe respectively.

“The 69-strong team we have been able to name for the European U20 Championships encompasses a mass of world, European and British record-holders across a range of events and highlights the young up-and-coming talents we have at our disposal in athletics in Great Britain,” said team leader Trevor Painter.

“At these championships in Grossetto in 2017, the British team came away with 19 medals and many of that team have since transitioned onto the world stage at age-group and senior level.

“I hope that this championships will once again shine a light on some of the country’s best up and coming athletes and that it provides them with a stepping stone to even bigger things.”

» For more on the latest athletics news, athletics events coverage and athletics updates, check out the AW homepage and our social media channels on Twitter, Facebook and Instagram