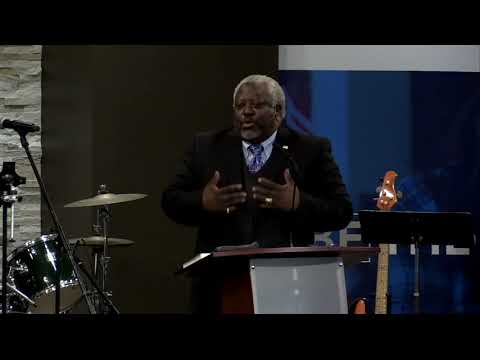 In this coronavirus age, religion-beat reporters are, along with their newsroom colleagues, being deluged with invitations to attend virtual news events.

In some cases, these are “gatherings” that major newspapers would have staffed in the past, even if it meant shelling out travel-budget dollars for airplane tickets and hotel rooms. Those days are long gone, for 99% of reporters.

The problem now, of course, is that reporters have a limited amount of time and, in some cases, the decline in newsroom personnel is a problem. So which virtual-meeting URLs get clicked and which ones do not?

I thought about this because of an event that happened yesterday (June 17) linked to the biggest story in America, right now — #BlackLivesMatter protests and attempts by major American institutions to respond to them.

So this discussion of race and the church (Facebook Live archive here) involved the leader of America’s largest Protestant flock, the new chairman of its powerful executive committee and black church leaders from Philadelphia, Chicago, Baltimore-Washington, D.C. and Nashville.

Newsworthy? Maybe, maybe not. It is interesting to note that all of the participants were affiliated with the Southern Baptist Convention and the Rev. Ronnie Floyd, the CEO of the SBC’s executive committee, was the only white evangelical in the circle.

As you would imagine, lots of the discussion focused on the hurt and anger that is fueling protests across America. It was also clear this event was organized to help mark Slade’s selection as chairman of the executive committee (he was poised to move up after serving as vice chairman). Here’s a typical chunk of material from the Baptist Press report:

Smith acknowledged significant positive change since the SBC’s founding 175 years ago in a split with northern Baptists over the issue of slavery, as well as since the Civil Rights movement of the 20th Century. But he said he has been discouraged in recent years by “indifference and insensitivity” from many white Christians. …

“Things have certainly moved and changed since 1845 and I’m comfortable saying they’ve changed since 1945,” Smith said. “But I don’t think the last decade or so … has been the best window in that long story of Christians in the United States dealing with the issue of race. And I really have a burden about it, because I think it matters evangelistically and missiologically.”

Affirming Southern Baptists’ strong, passionate stands against abortion and sexual immorality, Williams said he wanted “us to be as passionate about racism and injustice, because it’s part of the biblical mandate, Micah 6:8, to do justice.”

“I don’t think we need to write any more resolutions,” he said. “We need to put some shoe leather in it and effect some change. … Our younger generation wants to see practical application of the biblical principle. And for us right now, our hypocrisy because we haven’t acted on it and dealt with America’s original sin, it has hindered the heathen from hearing when we holler about the holy. They can’t hear us.

So here’s my basic journalism question: Was Slade’s selection as chair of the SBC executive committee a valid “news story,” especially in the context of recent events — daily news, even — in American life?

It was news for Baptist Press, of course. But what other mainstream news organizations thought this event was significant?

Back in the old days, almost anything the SBC did was big news — especially if it was controversial to editors in New York City and Washington, D.C.

Times change. In this case, the only new stories I have seen (please alert me if I missed something) about Slade’s new role were by religion-beat professionals known for their hard-news coverage of SBC and evangelical life. That would be Adelle Banks at Religion News Service (click here for her report) and Robert Downen of The Houston Chronicle (click here for his story).

In other words, this was seen as an SBC business story, as opposed to a national story about racism and a giant, changing, American religious group. While the SBC has faced decline in recent years, its black congregations have been growing and rising in prominence (think Fountain of Praise Church in Houston, which hosted the George Floyd funeral).

Here is a piece of the RNS report, for context, with commentary from Slade:

“We all know baptism numbers are down. We know that churches are closing, but we also know that the problem in our country is sin,” he said. “And so we’ve got a job ahead of us and we’ve got to pull together and the message that we’re sending today, not only to SBC, but to the world, is that the gospel of Jesus Christ is the most important thing in the world.”

Slade’s election comes at a time when the denomination continues to grapple with issues of race.

Earlier this month, SBC President J.D. Greear declared in an online address that “Of course, black lives matter” and then noted that he does not align with the Black Lives Matter organization that was founded in 2013. A day later, he said the denomination should retire a gavel named for a slaveholder that is traditionally used to open annual meetings.

After Southern Baptists adopted a resolution at their 2019 meeting on “critical race theory and intersectionality,” calling them “analytical tools” and disavowing their misuse, the statement was cited as a reason for the creation of a new network seeking to represent dissatisfied members of the denomination.

Was this online event symbolic enough to be worth a mouse click and an hour of virtual attendance?