The Krypton season 2 finale finally puts an end to the planet’s civil war and sets the stage for a rather different season 3. As the show moves beyond General Zod (Colin Salmon), the Superman prequel series is looking more and more like the world of DC Comics.

Due to the inclusion of multiple Superman villains and the Man of Steel’s importance to the show’s original premise, Syfy’s Krypton has always had the feel of a show set in the DC Universe. However, the series went in a different direction in the season 1 finale when Brainiac was defeated and Superman erased from the timeline. As priorities shifted with Zod’s rise to power, Krypton began to create its own continuity, one which was essentially a world without Superman.

The finale to Krypton’s ten-episode second season wraps up the civil war between the rebels and Zod’s forces. Kem’s sacrifice and the destruction of Wegthor cost Zod his greatest weapon, Doomsday, gave a significant boost to the rebels’ chances, but that couldn’t have prepared audiences for the scope of what was to come. Here’s what happened at the end of Krypton season 2 and what it means for the future. 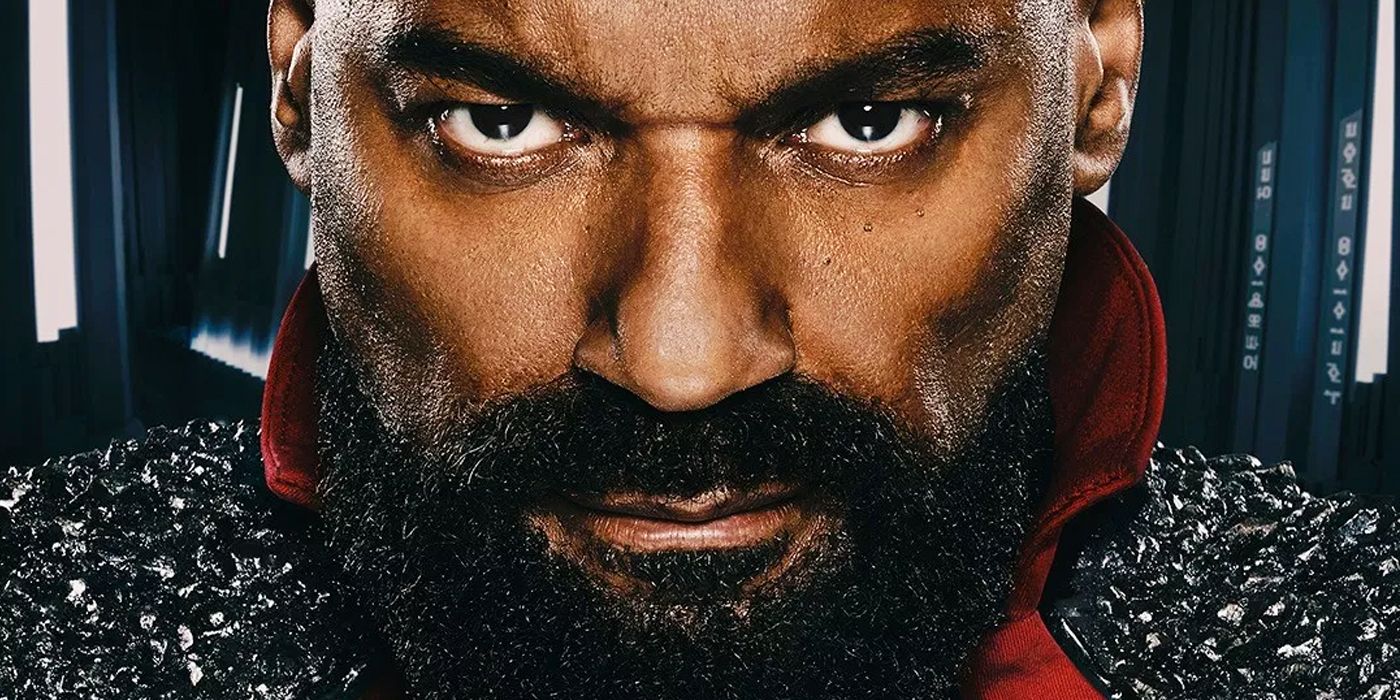 For General Zod, support from the people of Krypton – as well as his own military – was wavering. The rebels use this to their advantage to turn them against him. This leads to a one-on-one battle between Seg (Cameron Cuffe) and Zod, who tells Seg that he’s not the “Man of Steel”. With help from Lyta (Georgina Campbell), Seg is able to defeat Zod. They use Black Mercy to trap Zod in a dream where he gets to live his perfect life. In this dream, Zod is reunited with Seg and Lyta as they head out to conquer Earth.

Zod’s defeat means that the people of Krypton are finally free from his tyrannical rule, but also that the planet is back on its natural course towards destruction. As Zod points out in the show, he’s responsible for changing its future. Despite all the pain and misery Zod brought to Krypton, it’s true that he saved it from its fiery fate. Now that Zod has been stopped, Krypton is once again doomed to be destroyed, just as it was in the comics. 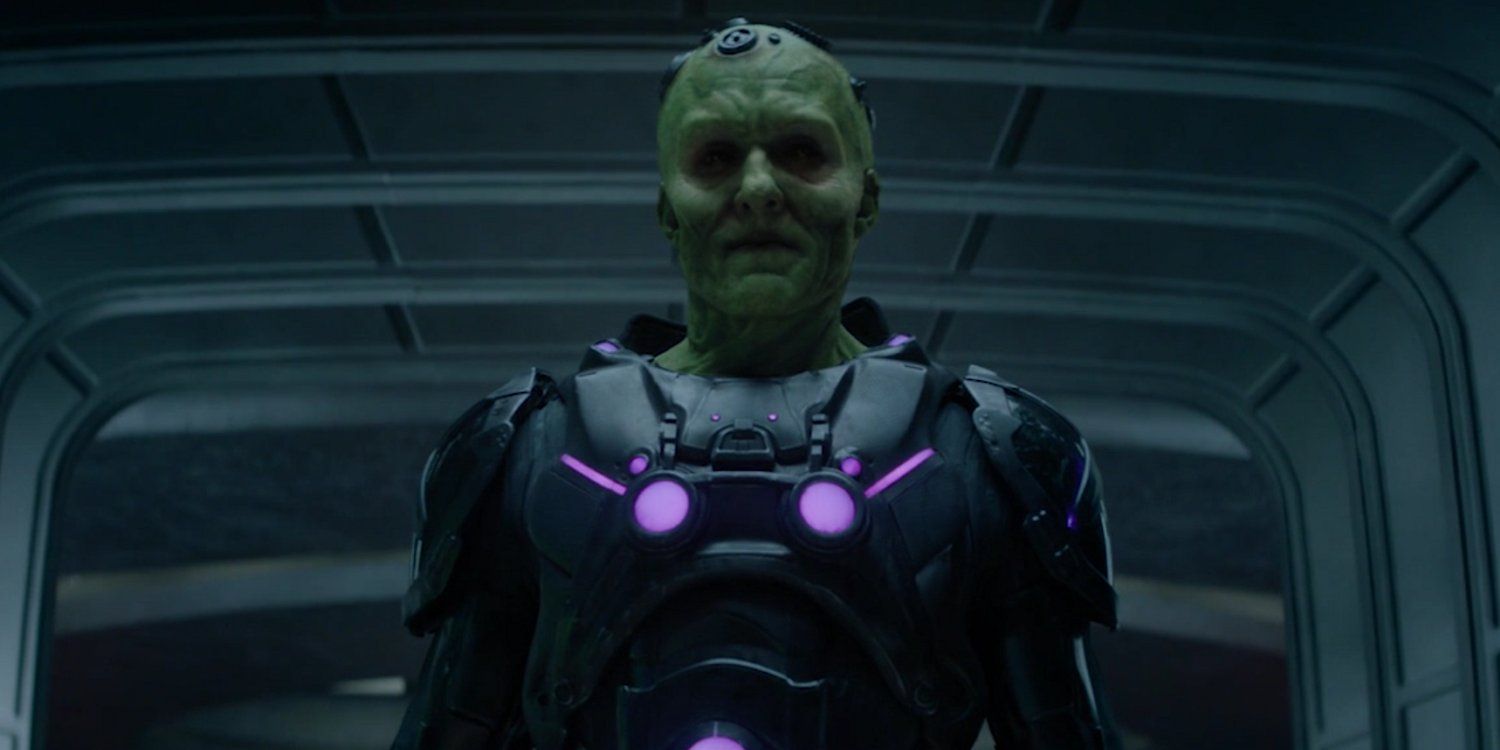 In Krypton season 2, episode 7, Brainiac kidnapped baby Jor-El, presumably because of his interest in the House of El. In the finale, Nyssa-Vex (Wallis Day) steals Adam’s Zeta-Beam device so she can find Brainiac and rescue her son. The closing scene of the season reveals Brainic’s true plan for Jor-El: he apparently knows about the yellow sun’s effects on Kryptonians and intends to take the baby to Earth and make him a “god among men”. If Brainiac’s plan is a success, Jor-El will be the equivalent of Superman, except he’ll likely be under Brainiac’s control.

Of course, how he will achieve this, since Jor-El is only a child, remains to be seen. Brainiac may be waiting for Jor-El to grow up before he will follow through on his scheme. Thwarting Brainiac’s plan and saving Jor-El could serve as the primary goal of the main characters in Krypton season 3. 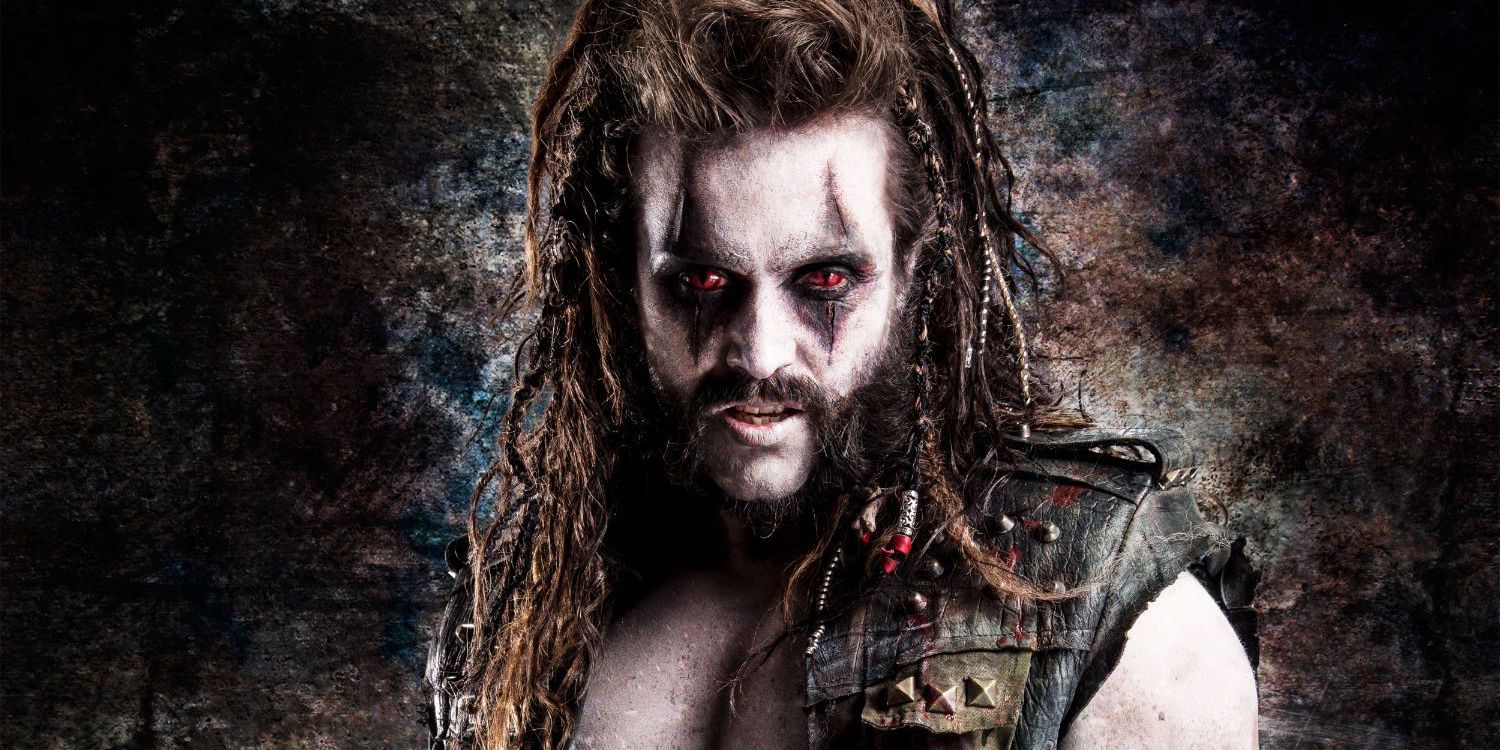 Lobo (Emmett J. Scanlan) hasn’t been seen since Krypton season 2, episode 3, but returns in the finale when he discovers that Brainiac is still alive. Lobo supposedly completed his mission earlier in the season, but Brainiac’s continued presence in Seg’s mind meant that he still had a job to do. This time, Lobo and Seg share a common goal: both want to find Brainiac, albeit for different reasons. Lobo agrees to help Seg get his son back in exchange for information on Brainiac.

Related: Krypton’s Lobo Is What DC Fans Have Been Waiting For

It appears that Lobo will factor heavily into the plot of Krypton season 3, meaning the series isn’t done with the Main Man just yet. Lobo still has more to do on Krypton before transitioning to his own show.

Doomsday Is Still A Threat To Kryptonians 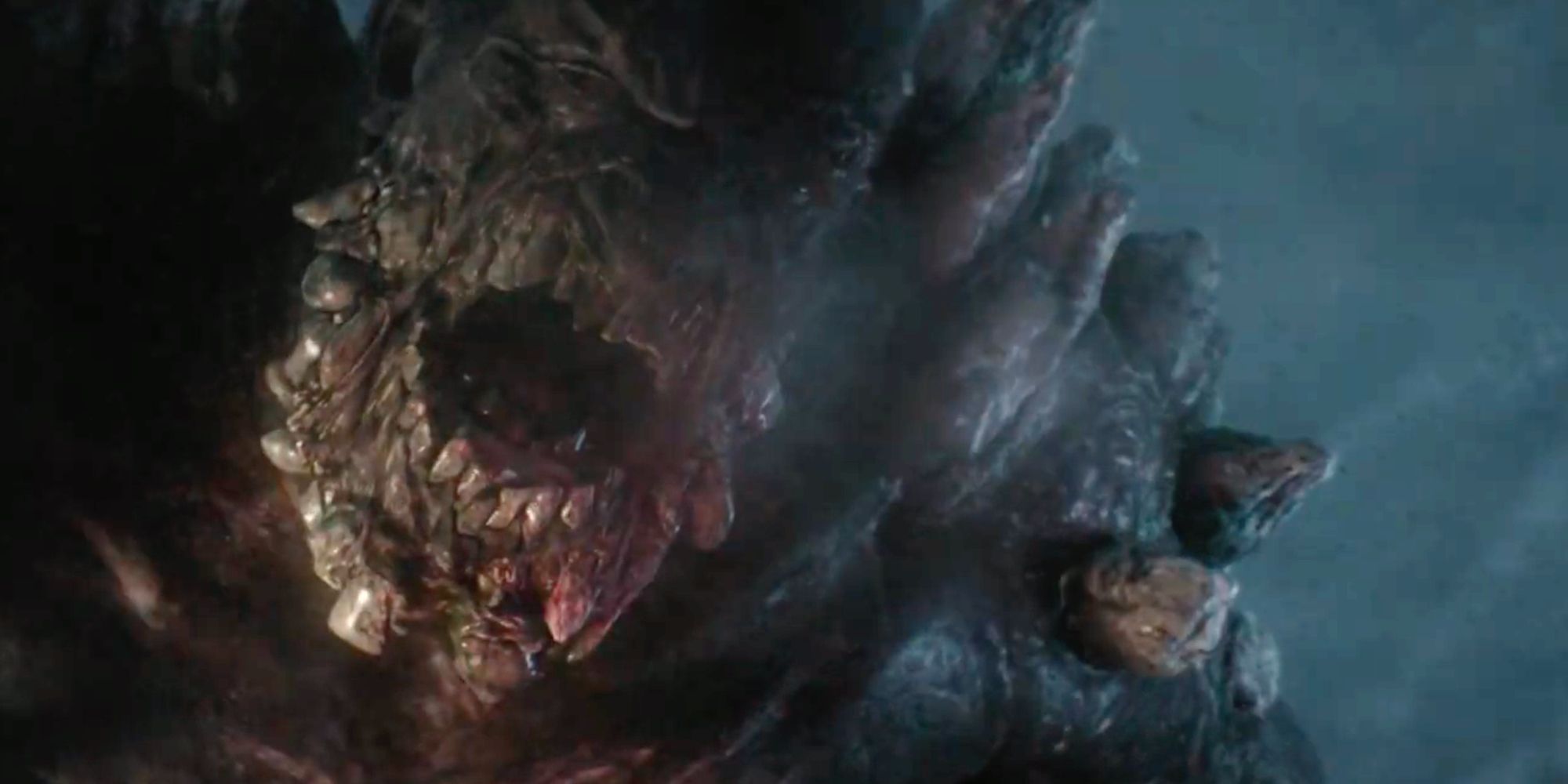 Lobo and Brainiac aren’t the only Superman villains who may be back for Krypton season 3. Heat signatures from the debris of Wegthor lead Jayna (Ann Ogbomo) and Dev (Aaron Pierre) to believe that some of the colonists on the moon survived its destruction. In Krypton season 2’s penultimate episode, Zod unleashed Doomsday on Wegthor in the hopes that the creature would single-handedly bring down the rebel forces. Blowing up the moon took Doomsday out of the equation, and many assumed he’s been written off the show. Instead, he was still alive, but frozen in ice.

The scene in Krypton season 2’s finale strongly suggests that Superman’s most powerful enemy will be sticking around for season 3 and may soon reemerge as a threat.

Adam Strange Gets His Comic Costume 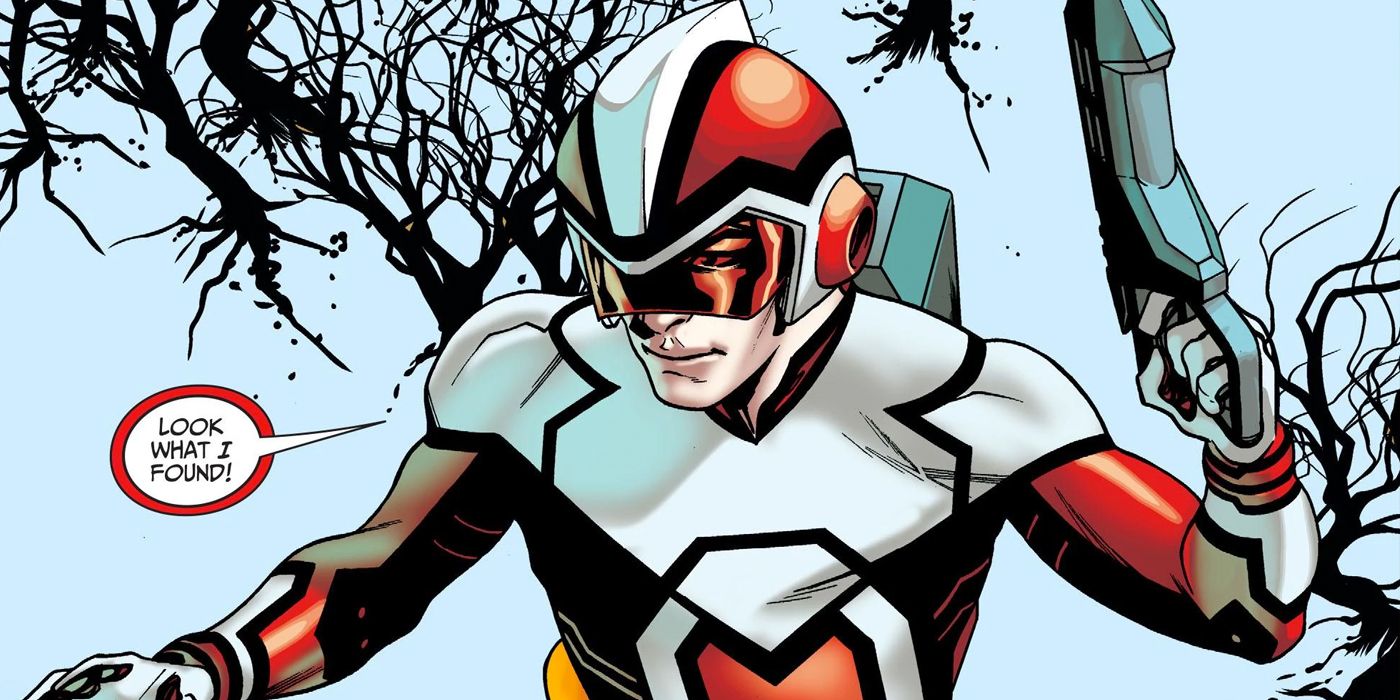 It’s not just villains who are evolving. Adam Strange (Shaun Sipos) gets his classic red costume from the comic books in the Krypton season 2 finale; in the aftermath of the battle with Zod, Val-El (Ian McElhinney) makes him a suit with leg braces to fix his paralysis. It also comes with a jet pack, an important part of his comic book counterpart’s arsenal. A drunk Adam even has a humorous accident when he tries to show off his jetpack to Seg and Val. The costume reveal is a huge moment for Krypton’s Adam Strange, who just took a gigantic step toward becoming the classic space hero from the source. 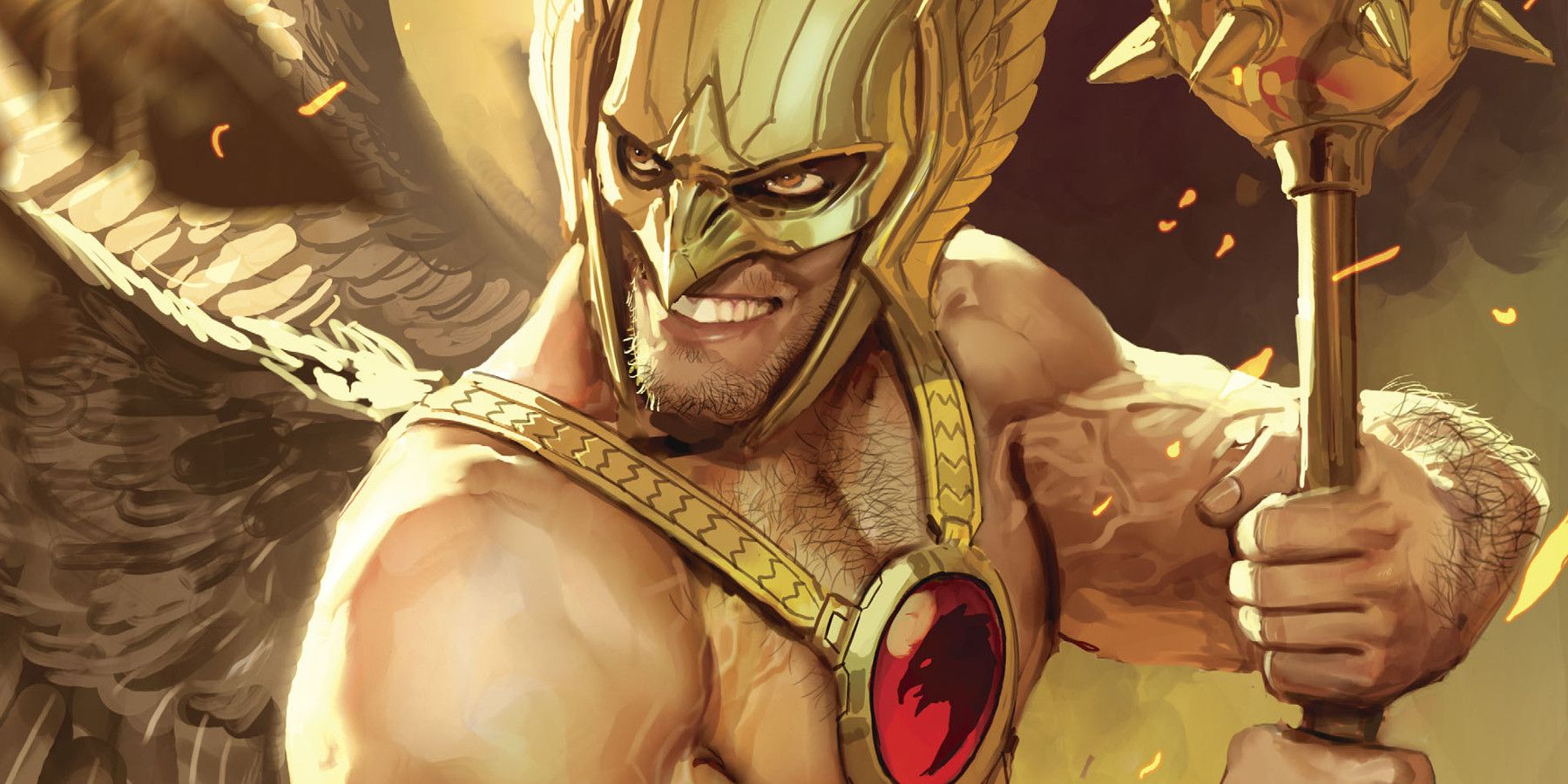 When Nyssa uses the Zeta-Beam device to travel to the planet of Rann, she witnesses men with wings flying through the sky above her. This new race of aliens bears a strong resemblance to the people of Thanagar, home planet to Hawkman, Hawkgirl, and Hawkwoman. In the comics, Rann is often at war with Thanagar, so it looks like Nyssa just teleported herself into Krypton’s first interplanetary war.

The inclusion of the Thanagarians could indicate that Krypton is about to fulfill an old promise that dates back to before the show even premiered. Showrunner Cameron Welsh has previously said that the series will explore more planets and eventually introduce Hawkwoman. Aside from a few brief scenes on other planets like Earth, Rann, and Colu, conflicts on the show, for the most part, have been limited to Krypton itself, but this could soon change in season 3.

What Does The Omega Symbol Mean? 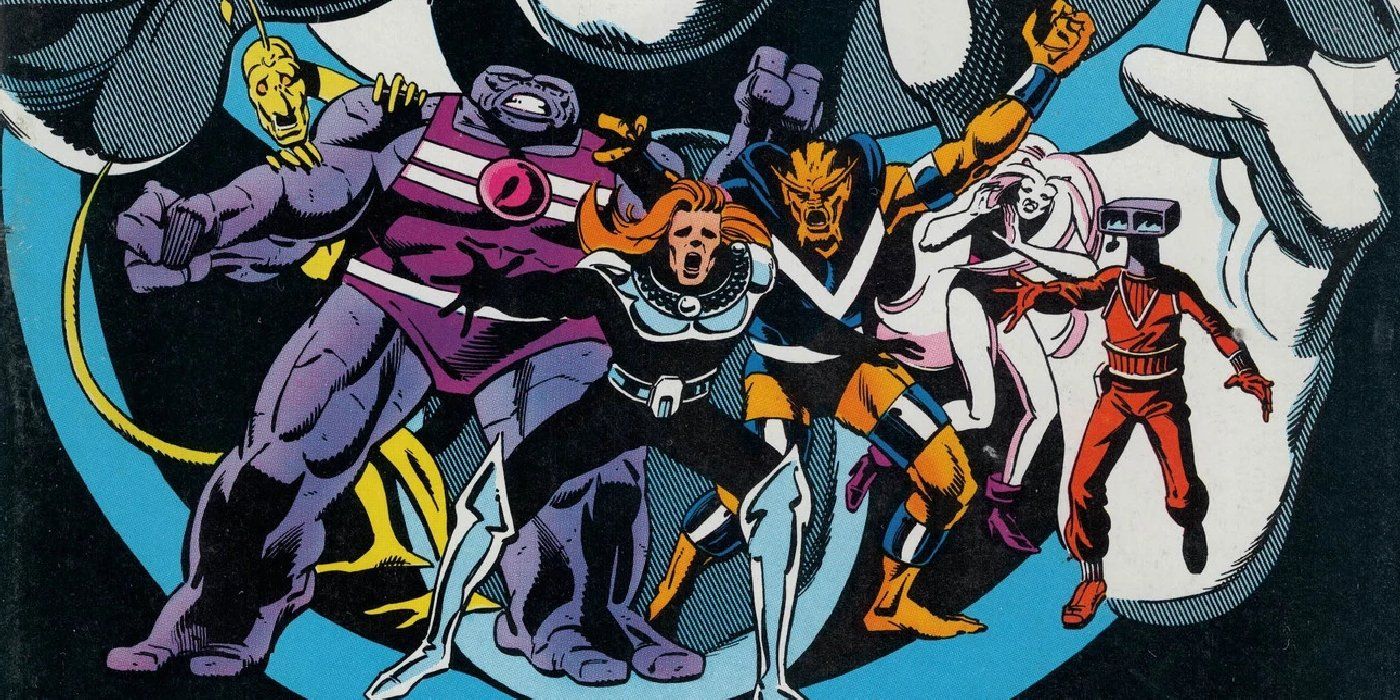 Shortly before seeing the flying aliens, Nyssa notices an “Omega” symbol painted on a rock wall. Though the show itself offers no clue as to what it means, the words of Krypton star Cameron Cuffe in 2018 point the finger at the Omega Men. Cuffe has confirmed in a tweet that the Omega Men exist in Krypton’s universe.

In DC Comics, the Omega Men are a cosmic team of superheroes who act as galactic peacekeepers. Since Omega Men hail from various planets in the Vega system, they share some similarities to the Green Lantern Corps and have strong ties to Adam Strange. If the Omega Men are the ones who left that symbol on the wall, they could somehow be interfering in the war, or perhaps trying to stop it. If Krypton season 2’s ending is introducing the Thanagarians and the Omega Men, it’s a strong possibility that the world is about to get a lot bigger in its third season.

Related: Krypton Has Introduced One Of The Comics’ Cheapest Story Tricks

Three-Step Skincare for Under £20