By SwimSwam Contributors on SwimSwam 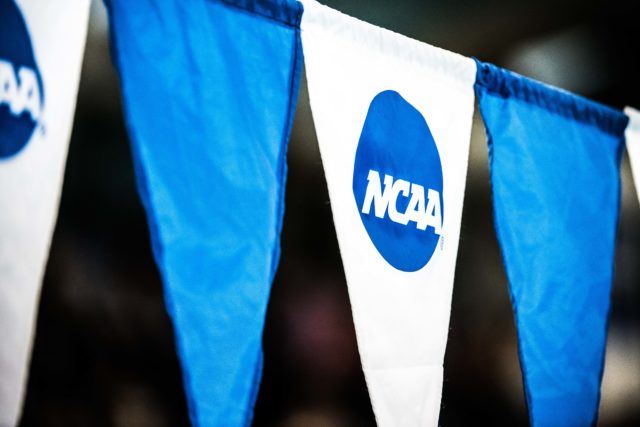 SwimSwam welcomes reader submissions about all topics aquatic, and if it’s well-written and well-thought, we might just post it under our “Shouts from the Stands” series. We don’t necessarily endorse the content of the Shouts from the Stands posts, and the opinions remain those of their authors. If you have thoughts to share, please send themtoshare@swimswam.com.

This “Shouts from the Stands” submission comes from Bob Groseth.

Bjorn Carlson can’t even hear himself think as he stands behind Lane 4 for the final event of the final meet of the 2022 NCAA Dual Meet Championships. The cheers of “Go Bears – Go Bears” are being piped in from all across the country into the University of California pool.

1,499.90 miles away in Austin, Texas, Adam Stanley is getting ready to step up in Lane 5 in the University of Texas pool amid cheers of “Longhorns – Longhorns” piped in from throughout the U.S. As Adam hears a whistle, he sneaks a glance at the UT video board to see Bjorn step up on his block, 1.5 million people are also watching through the PAC 10 and Big 12 streaming services. He steps up.

The meet has gone down to the final relay – the winner will be the 2022 NCAA Champion. In Loveland, Colorado, the technical crew at Colorado Timing is ready to start the last event. They have calculated the time to send the start signal 812.12 miles to Austin and 940.82 miles to Berkeley to within .0001 second so both swimmers will have a fair start. Right underneath Lane 4 in California is a set of Luma Lanes. The Texas pool has its own set of Luma Lanes in Lane 5. Each swimmer will have a small transmitter in his cap that sends a signal to the Luma Lanes. Bjorn will be able to see “Adam” swimming right underneath him. On the video board the signals from the two streaming systems are blended so that Bjorn’s and Adam’s teammates and the 1.5 million streaming patrons will see the race as if they were both in the same pool. The starter in Loveland announces “Take your mark” and after a slight pause, the START signal is sent to both pools and arrives at exactly the same time. Swimming fans across the country move up to the edge of their seats.

Two years prior, the College Swimming Coaches of America’s Executive Board contacted the leading contractors in timing systems, lane pacers and video boards to make a proposal to run “Virtual Meets.” The Covid-19 Pandemic had marched on through the summer of 2020, as second- and third-wave spikes hit the country and in particular college campuses that had brought back athletes to train. Unfortunately, vaccination trials failed to provide a safe and effective answer to combat the virus. On college campuses all “contact” sports were banned, and non-contact sports had to bring a plan through the Athletic Directors and Conference Commissioners to the NCAA Competition Committee for approval. By using the technology available, the CSCAA pitched a series of virtual meets. Studies had already shown that a chlorinated swimming pool was one of the safest places to be amid populations struggling with the Covid-19 virus. Strict distancing would be enforced for both athletes and coaches during practices and meets. Swimmers could go to school online on Campus or at home, needing only to show up on Campus for the meets. Fans would be safe because they were in their own homes, watching the meets on their TVs or devices. Team travel costs would be cut by millions of dollars, and parents who were spending up to $800 each weekend to watch their sons and daughters would save up to $4,000 a year for each family. The pilot program was approved.

By 2021 all the Power 5 Conference teams were using the technology, and its cost was being driven down by the volume of teams that ended up using the Virtual Meet system. In 2021 the CSCAA Competition Committee designed a 16-team Dual Meet Playoff system. Each Conference would run a dual meet playoff within their Conference during the regular season. The winners from the top 8 Swimming Conferences (Power 5 plus 3 others) would gain automatic berths and the CSCAA Competition Committee would select the next 8 teams based on a “Power Point” system. A couple of adjustments were made in the format. The old 5-3-1/ 7-0 scoring system was instituted in the 16-team playoff system. The 1,650 free and 1-meter diving was the first event and the Relays were all swum at the end of the meet (only 400 medley and 400 free). The 50, 100 and 200 Freestyle, plus a 200 of each stroke and the IM were included. Three-meter diving was run after the last individual event but before the last two relays. Divers each did 5 dives with a maximum total degree of difficulty of 12.5.

The country’s thirst for competition and the simplicity of the new scoring system tripled the viewers from the 2021 season, which had included the 2021 NCAA Championship Playoff. The 2022 season was on pace to making Swimming and Diving the No. 1 revenue sport in colleges and universities. ESPN made a bid to Broadcast the entire 16-team playoff for the 2023 through 2028 seasons. The semifinals and finals would be broadcast in Prime Time. Officials in Off Track Betting contacted the NCAA Competition Committee proposing a revenue sharing pitch to be able to broadcast the final 3 meets of the Playoffs on their sites. Committee officials have not yet commented on their proposal.

It’s one minute and 50 seconds later, the anchor swimmers step up on the blocks as their teammates approach their turns at the 275. Turns completed they see their teammates and the lights of their opponents approaching. Their teammates are on their feet and 1.5 million viewers are screaming at their TV’s and Computers as they take off virtually together……………………..?