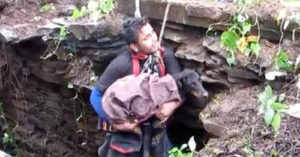 A stray pup named Ruby recently learned the hard way just how dangerous uncovered wells can be. Nobody knows exactly how she ended up at the bottom of the dark, dank hole in Udaipur, a city in India, but her luck changed when someone reached out to animal rescue group Animal Aid Unlimited. Rescuers arrived on the scene and Ruby greeted them with a chorus of welcoming cries.

Animal Aid Unlimited is a nonprofit in India whose work has touched the lives of countless animals in need. Their mission is in line with the thinking that we are all one and we all deserve love, compassion, and have a life that is valuable.

Our mission is dedicated to the day when all living beings are treated with compassion and love.

They provide rescue operations for “street animals,” sanctuary for strays that are too fragile for life on the streets, spay and neuter services to help control the animal population, and educational outreach to schools and shelters across India. 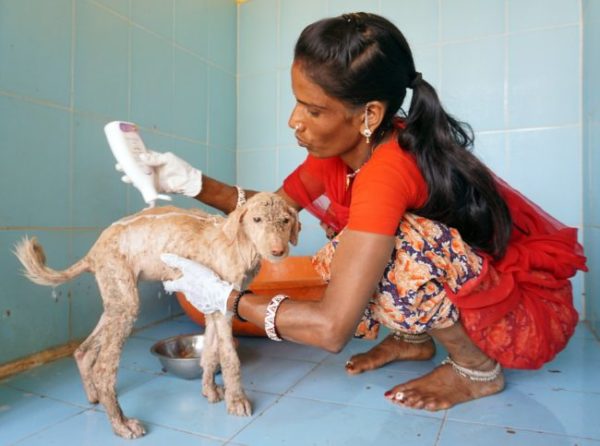 The work done by Animal Aid Unlimited and like organizations is of paramount importance in a country that has large scale problem with domesticated and wild animals. The stray dog population alone is cause for great concern in India as there are an estimated 35 million of them in the country and an estimated 20,000 cases of rabies each year. A full 36% of the total deaths from rabies worldwide occur in India alone. Education, population control, and sanctuary are all pivotal areas that will positively contribute to the situation. 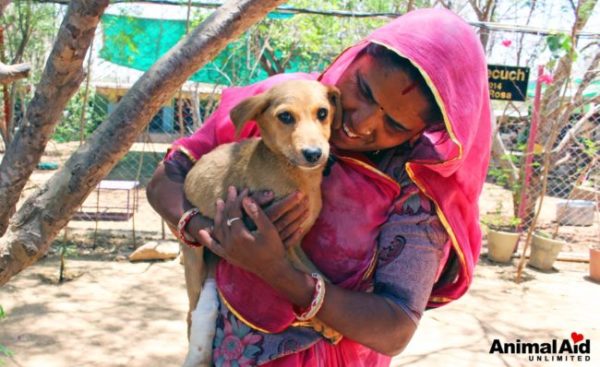 Witness The Joy of These Dogs Being Rescued – 12 Powerful Pics

Ruby was incredibly fortunate. Not only did her fall not result in any broken limbs or other major injuries, she was spotted by a well-informed and caring human who knew just who to call to rescue her. If you feel compelled to help Animal Aid Unlimited save the lives of animals like Ruby, you can donate to their cause on their official website.