Latest News
Home /Blog/The race for Dallas mayor: 9 hopefuls, but no frontrunner, headed for May 4 election 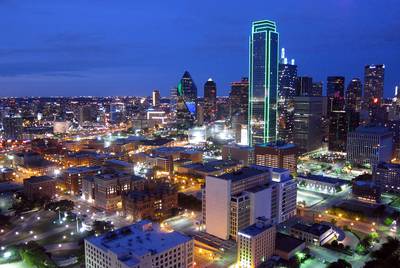 Early voting started Monday for the May 4 municipal elections across Texas, and the highest-profile election on local ballots may be the race for Dallas mayor. Term limits mean Mike Rawlings will leave after two four-year terms leading the city. Meet the nine candidates running to replace him.

Dallas native Albert Black Jr. was the first candidate to launch his campaign; he announced his bid last summer. An African American businessman, he grew up in public housing.

“No one would think that I would be here,” Black said, addressing an audience of voters in the Scottish Rite Temple in downtown Dallas last month. “My dad was a doorman at the Baker Hotel. No one would think that a person that went through the kind of school chaos I did, with public busing of school, right at the end of my formative years, would be up on this stage.”

Black’s campaign message: He’ll apply the same smarts and hard work that led to his business success to help the city of Dallas succeed. Several mayoral candidates echoed the same “nothing to something” storyline.

Dallas Democratic State Rep. Eric Johnson — the last to enter this race — thanks his West Dallas first grade teacher for instilling a love of learning.

“Through the Boys and Girls Clubs of Greater Dallas,” Johnson says, “I was able to get a scholarship to Greenhill School, and that changed my life. I’m here running for mayor because I want to make sure every kid in this city has every opportunity I had to succeed.”

And that’s just three of the nine candidates in this wide open race. We’ve seen elections like this before. In 2007, for example, 11 people ran.

For the past several weeks, this group of nine candidates has been running around to election forums, raising money and meeting prospective voters.

The real fight on May 4 isn’t to win the job; it’s to make a two-person runoff.

Cal Jillson, a political science professor at Southern Methodist University, says it will be next to impossible for any candidate to get a majority of the votes in the first round.

“This is the first mayor’s race that I can recall that has eight, 10 people, half of whom could make the runoff. But among the top five or six, it’s hard to say which two end up in the runoff,” Jillson said.

He points out one sign of the lack of a clear front-runner: The Dallas Citizens Council, a powerful group of business leaders, announced it would not endorse a candidate. Jillson says some Citizens Council members, however, have independently backed someone. He figured they would pick builder-developer Mike Ablon.

“But it’s not Ablon. It is Eric Johnson. And that is unusual,” Jillson said. “The idea behind that endorsement and the money that came with it is fairly unclear.”

What is clear, says Jillson: Money matters in a race that’s had very little public polling. In this year’s first quarter, Johnson raised the most, more than $500,000. Solis came in second, and philanthropist Lynn McBee third, raising nearly $400,000. She heads an educational nonprofit and for years lived in Highland Park before moving to Dallas last summer.

Not far behind in fundraising is Regina Montoya, who collected more than $300,000 in the first quarter. The lawyer has decades of nonprofit experience. She served in President Bill Clinton’s administration and has co-chaired the Mayor’s Task Force on Poverty. Whatever the job, Montoya says she has always focused on helping students, especially from low-income families.

“Over 90% of our children qualify for free and reduced lunches,” Montoya explains. “We have to create the preschool programs, and those do include quality child care [and] after school programs because there are many parts of our city that don’t have them.”

Montoya says she would work closely with the school superintendent to accomplish those goals.

There are three other candidates on the mayoral ballot in Dallas:

• Alyson Kennedy, who ran for president in 2016 — as a member of the Socialist Workers Party.