There was a time when DNA kits flew off of shelves and people lined up by the hundreds to purchase them on sale at genealogy events. Not anymore. Why are sales slowing down? It’s a tale of the shifting landscape of genetic genealogy… and some squandered opportunities.

You can listen to this episode by clicking the play button below. (You can also listen on Apple Podcasts, Google Podcasts, Stitcher, and most other podcast apps.) Length: 17 minutes.

To say that DNA testing is huge in genealogy would be an understatement. It seems like everyone has taken a DNA test, whether it’s through Ancestry, 23andMe, or any number of other companies. You can’t hardly watch tv without seeing an ad for DNA testing.

But things are changing. Sales of DNA kits are slowing down. Yes, they’re still selling, but they aren’t flying off the shelf like they used to.

Why Are DNA Kit Sales Slowing Down?

So what happened? Leah Larkin, a genetic genealogist who tracks all sorts of industry stats at her site The DNA Geek, reported in June 2019 that sales were slowing down. She pinpointed the decline at Ancestry, 23andMe, FamilyTreeDNA, and GEDMatch as starting in April 2018.

I don’t think it’s a coincidence (and neither does Leah) that April 2018 is when it was announced that the Golden State Killer case was solved using genetic genealogy (specifically GEDmatch). Suddenly it became clear to more people that these giant databases of genetic information could be used for more than just finding cousins and breaking down genealogical brick walls.

However, I don’t think that the only reason for the slowdown is the dual issue of privacy and the use by law enforcement. I think there are several other factors also at play.

As Ancestry CEO Margo Georgiadis said in the public announcement of the layoffs, “The DNA market is at an inflection point now that most early adopters have entered the category.”

I think another reason for the slowdown in sales is because there is more news of people like my friend Jenny discovering family secrets via DNA. Back in Episode 32, I talked with Jenny about her experience discovering that the man who raised her, the man she called “Dad,” was not her biological father. We’re seeing more and more stories come out with surprises, whether it’s an unexpected parentage or an unknown adoption.

So what does all of this mean?

First, I think that overall, DNA testing has been good for the field of genealogy. It has brought countless people into the space and I think that’s a good thing. The more people who are engaged, the better off we all are.

Yes, there has been a chorus of “Oh, but they just took it for the ethnicity estimate.” I’ll grant you that. There is a probably-not-small percentage of test takers who only want to find out what their estimates are.

And here’s where the opportunity is being squandered.

According to its website, Ancestry has sold 16 million DNA tests and currently has 3 million paying subscribers. (Stats viewed February 2020.)

I realize that isn’t a perfect 1:1 comparison. And I know that of the 3 million paying subscribers, there’s a portion that has purchased multiple tests.

I also realize that not everyone who takes a test is going to become a paying subscriber. Their curiosity is satisfied getting the ethnicity estimate.

But what about the people who aren’t satisfied by that? Here’s where I think Ancestry specifically has dropped the ball.

Unlike 23andMe, Ancestry has 20 billion genealogical records. That’s a goldmine to someone who is curious and who can feel comfortable working with them. It’s a goldmine that Ancestry seems to be ignoring when it comes to their DNA customers.

Ancestry seems to put their customers into two silos: one for DNA and one for more traditional research. Sure, they’re happy to sell DNA kits to the more traditional genealogists and that’s a fairly easy thing to do. After all, people who are already into genealogy see DNA as another tool.

But Ancestry has done a poor job of taking people from the DNA side to the traditional side. They have prompts like “build your tree,” but what does that mean to someone who hasn’t done any genealogy besides spit in a tube?

Ancestry, by and large, leaves them to flounder. They don’t do a good job of showing people not only how to get started with traditional research, but why they should. There is a real disconnect. And as long as those two silos are disconnected, Ancestry won’t be able to tap into turning a one-time customer of a $99 kit into a paying subscriber over a period of months or years.

What Can We Do?

I travel a lot and when I’m talking with people at random airports and I tell them that I’m a genealogy educator, they almost always mention AncestryDNA or 23andMe. “Oh I took that test” or “My sister just did that DNA thing.” We talk about what they found and often they’ll show come curiosity to know more.

My encouragement to everyone who is in a conversation like that is to gently ask if they’ve explored any records. I remember a conversation with woman sitting next to me on a flight and she was sad that she didn’t know the names of all of her mother’s siblings. “Have you looked for her in the 1930 or 1940 census? They’re probably in the household with her.” She didn’t know anything about the census. I had paid for wifi on the flight, so I pulled up FamilySearch and showed her. She was amazed.

DNA has been a boon to the field of genealogy as a whole, not just a boon to businesses like Ancestry and 23andMe. We all can benefit by having more people in this space. Imagine the discoveries that can be made when more people are sharing research, sharing photos, sharing stories.

Each of those 16 million AncestryDNA tests is a person. Let’s all of us — you and me — be encouraging and be that bridge between the DNA test and the traditional research. We’ll all benefit from it.

Want to get more from your online searches? Click to get a free copy of my guide “5 Online Search Strategies Every Genealogist Should Know” 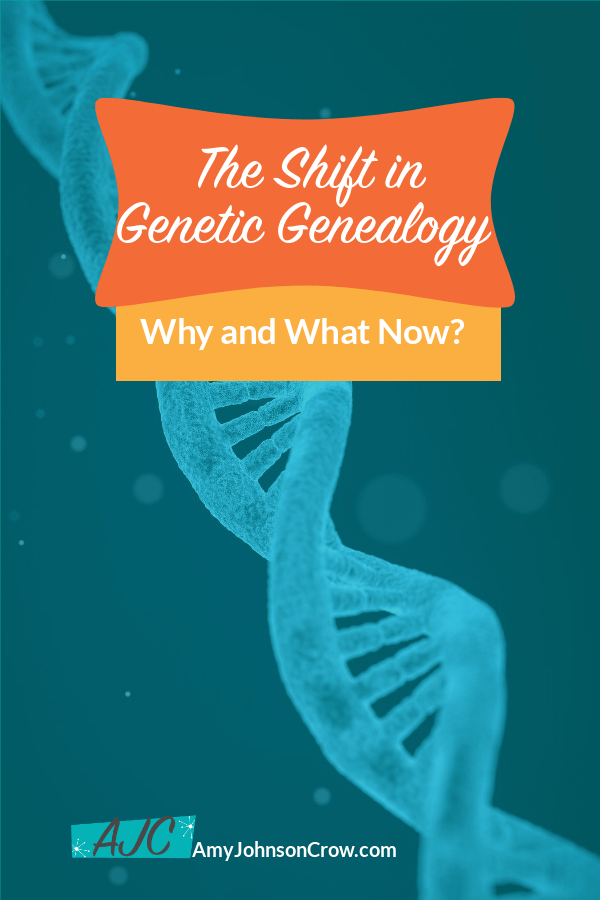 Dentistry Online’s 2020 round up

Out of office Asha Pandya-Sharpe…

These High-Performing Topics Should Be…