We’ve been on an escape room kick, and after visiting the top escape rooms in NYC, we wanted to see what they were like in Las Vegas.

There are quite a few in town and unless you’re local, it’s hard to have time to check them all out. That’s why we put together this guide to show you which ones you should absolutely check out first. 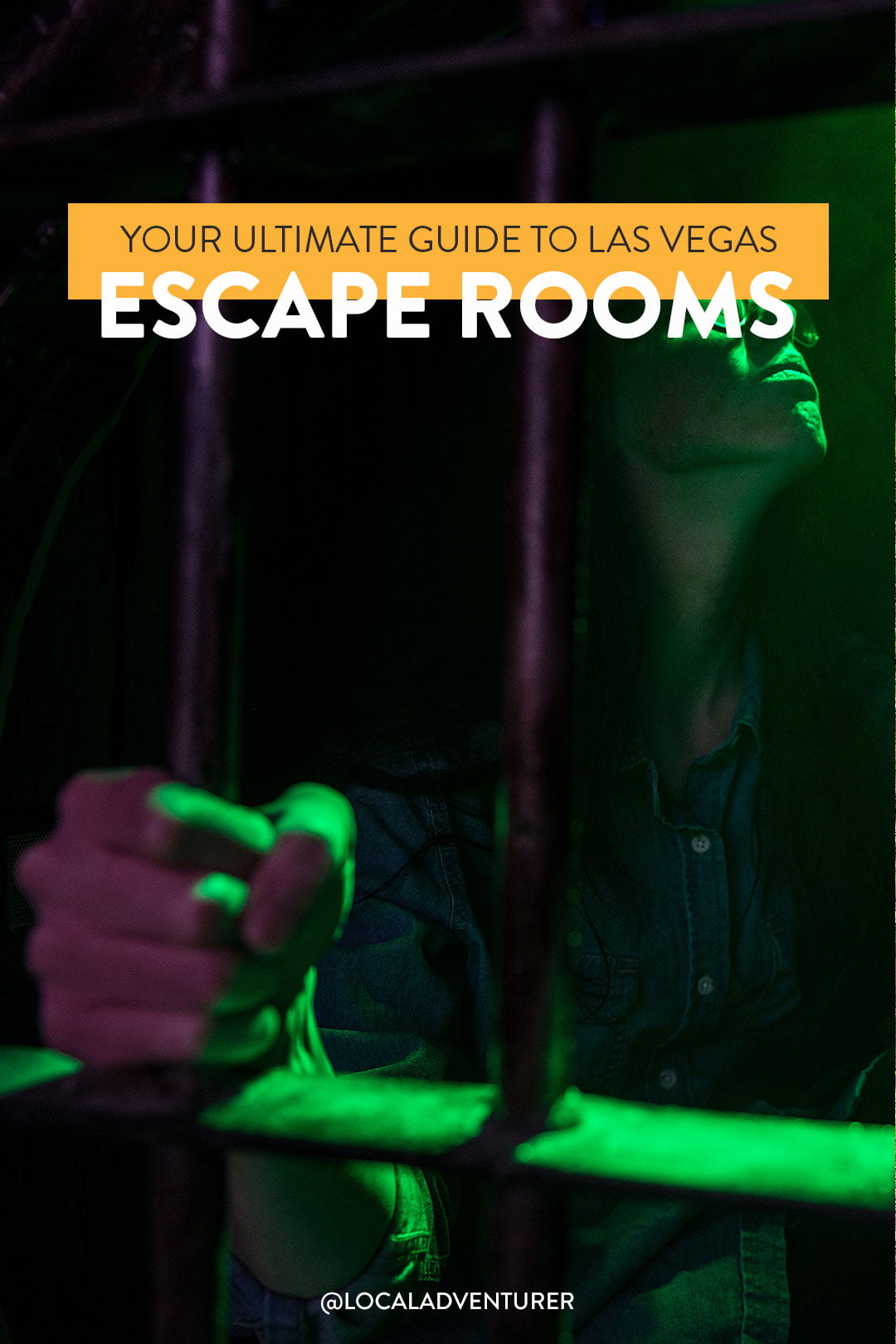 This post may contain affiliate links, where we receive a small commission on sales of the products that are linked at no additional cost to you. All opinions are always our own. Read our full disclosure for more info. Thank you for supporting the brands that make Local Adventurer possible.

Your Guide to the Best Las Vegas Escape Rooms

We went to each escape room with the exact same team, so that it would be a more fair comparison. We gave the rooms a score based on puzzles, immersion, and overall fun. To help you figure out which is the best fit for you, we’ve also profiled each player later in this post.

What is an Escape Room?
Best Las Vegas Escape Rooms
Complete List of Escape Rooms in Vegas
Our Scoring System and Players
Pro Tips on How to Win

What is an Escape Room?

If you’re new to escape rooms, the goal is to escape a locked room within a given time (typically 60 minutes). Through teamwork, the players solve a series of puzzles and riddles using the environment and clues found in the room.

It’s great for friends, families, and corporate team building. We’ve also seen couples do them on their own or join other groups.

For more information and tips about escape rooms, be sure to scroll to the bottom of the post.

Why You Should Play: We visited this room only after a week of it being open. It uses different tech that made the puzzles really unique and interactive. On top of that, we wore costumes and kept in touch with the game master, who was a part of the immersive world as well.

The best part is that there is the main game (which we finished with 20 minutes left), and there are additional puzzles to solve to help you utilize the full hour. 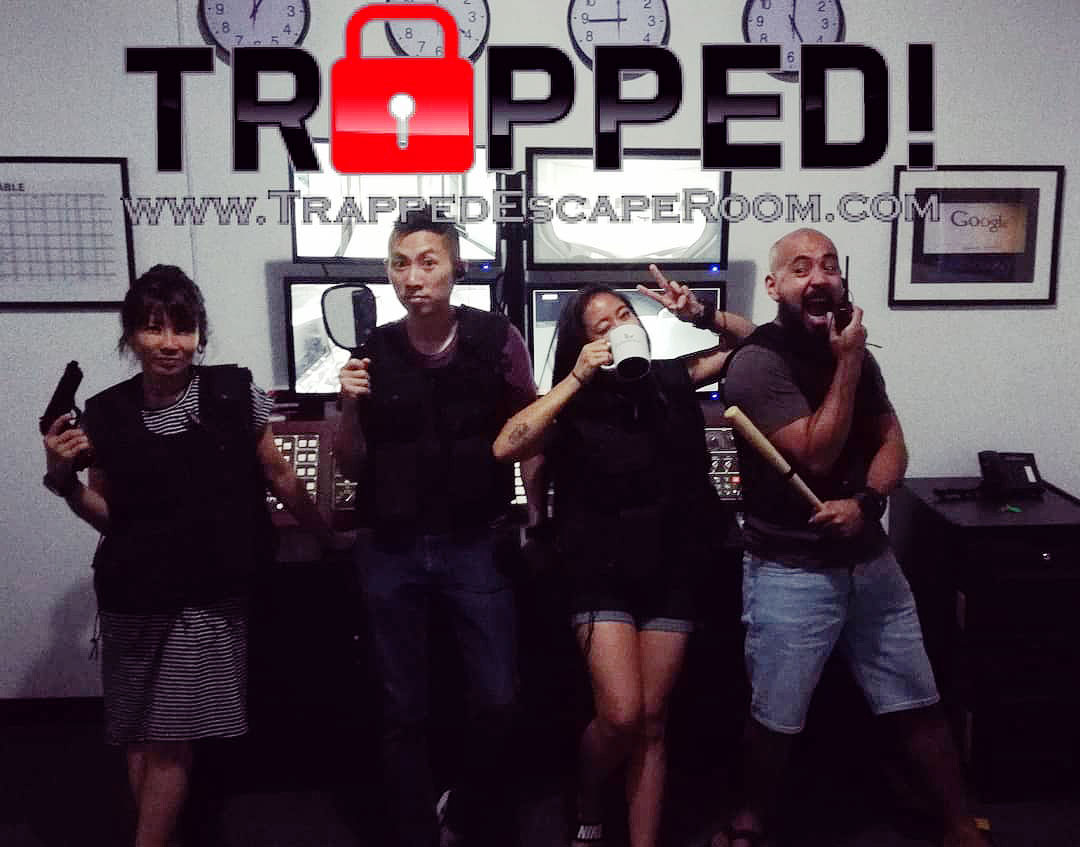 Why You Should Play: You can tell a lot of thought and care is put into Lost Games’ Escape Rooms. Since Greg & Daina had done Chapter 1, we decided to check out Chapter 2 together.

From orientation on, you are immersed into the universe they built. The puzzles were challenging and unique, and they worked really well into the story. Even the way you get clues is interesting.

Some escape rooms have difficult puzzles where you get frustrated and want to give up, but they kept us engaged and challenged.

There were also some fun reveals! Even though we failed, it was a great time.

Pro Tip: One person on your team starts out separated, so be strategic with this! 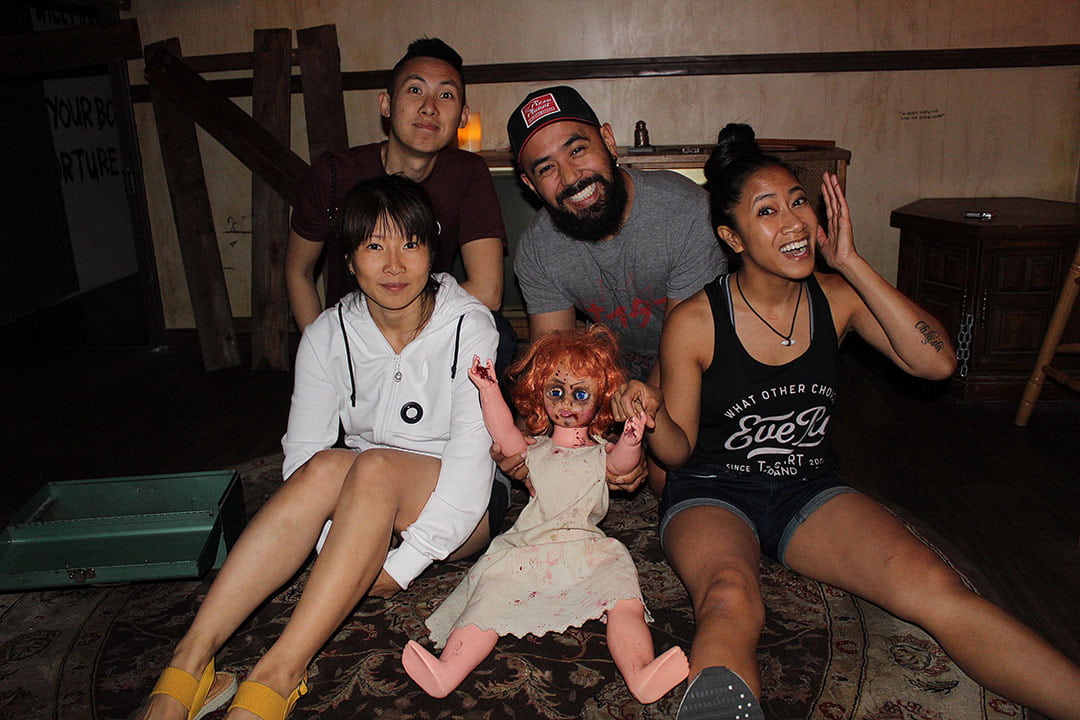 Why You Should Play: When it comes to immersion, nothing compares to the Saw Escape Room. The studio who brought you the movies had a hand in the set design from the exterior of the building, the lobby, and every room that you go through.

With that said, it ultimately felt more like a mashup between a haunted house and an escape room. There are 7 rooms that you work through with some guidance from Bailey.

Each room has a limited time limit to make sure you make it through the entire experience. The problem is that it doesn’t give you much time to familiarize yourself with the rooms and solve the puzzles.

In some rooms, we were so freaked out that we had a hard time focusing or were hesitant to pick up clues. It’s intense in comparison to other Las Vegas escape rooms, but that just goes to show you how immersive it was.

Pro Tip: The location is unmarked and easy to miss. Look for a meatpacking shop. 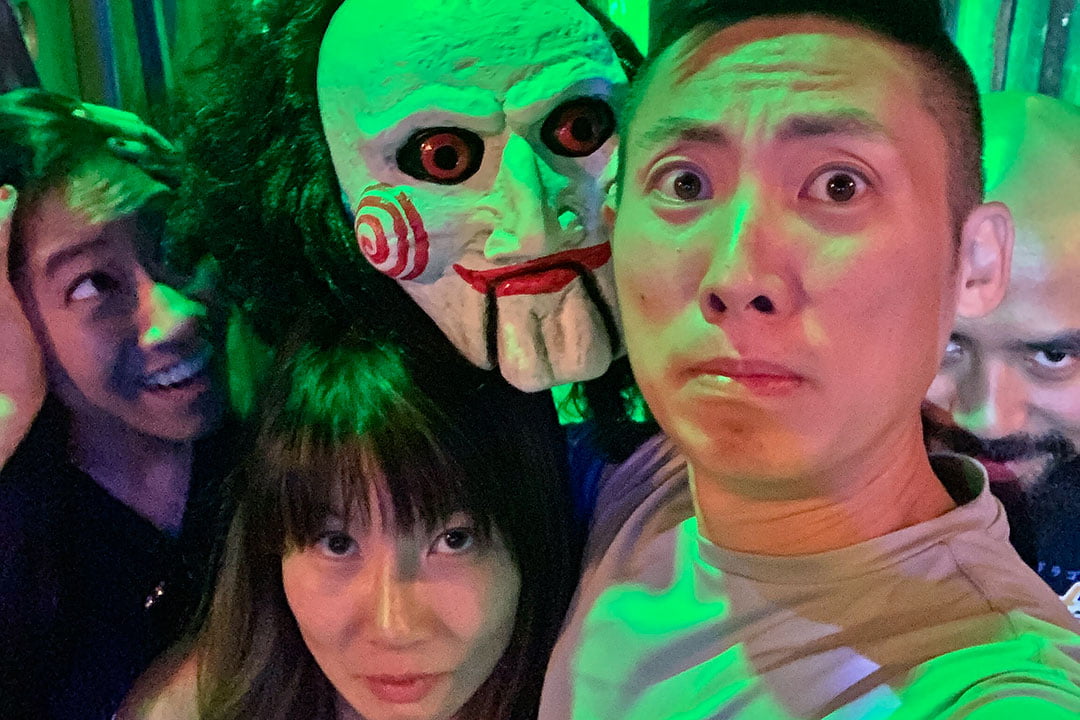 Why You Should Play: The basement has beautiful set design and immersion. They find a great way to give you clues, which we won’t give away how. Usually when you are talking to someone outside the space it takes away from an immersive experience.

The puzzles were okay in comparison to the other escape rooms. We didn’t find them as challenging, which is why we were able to escape in just over half the time. There are fun and startling reveals though which made it a fun experience. 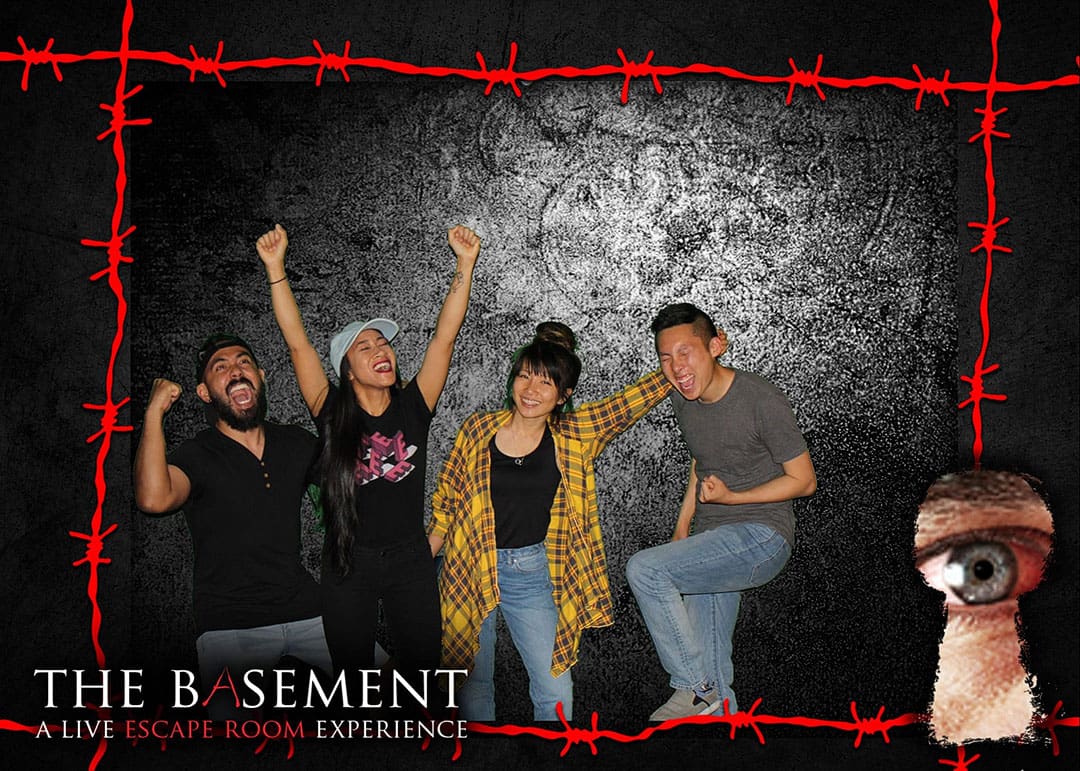 Why You Should Play: Lockdown Rooms has three locations in Las Vegas giving you a variety of options. This is great especially if you don’t like spooky or scary themes, which is what the majority of escape rooms are in Vegas.

The Western room had unique elements. You start off as two separate groups, but eventually end up in a space together. The physical challenges made it really fun. The rest of the puzzles felt typical.

Pro Tip: For really large groups, they have Western Dual where you break up into two groups and compete in two identical rooms. 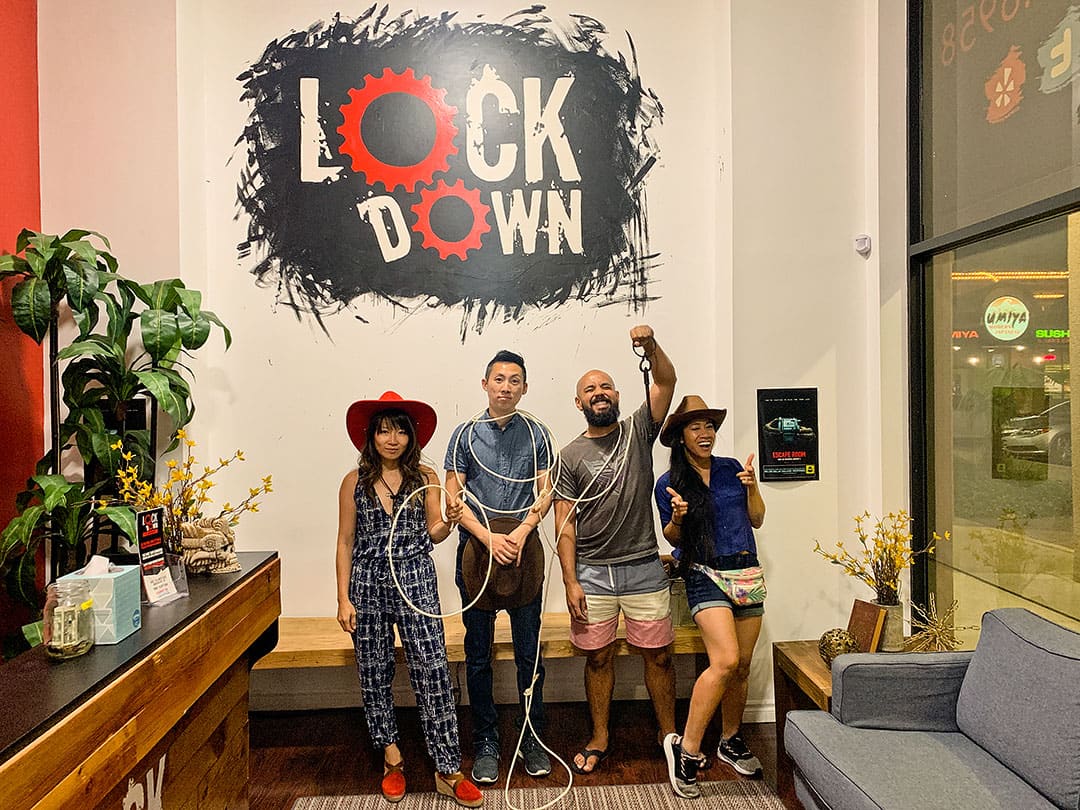 Why You Should Play: The entrance to Number One Escape Room is a faux storefront where you have to solve a simple puzzle to get in. Red Riding Hood had relatively straightforward puzzles, but we did get stuck on a couple.

The set design was nice and the use of music was great, but some of the puzzles felt random. Plus, we found the ending anticlimactic. When the door unlocked, we all looked at each other with a “that’s it?”.

Pro Tip: For daring people out there, they offer a room called Claustraphobia for 2 people, where you’re locked in a small box. 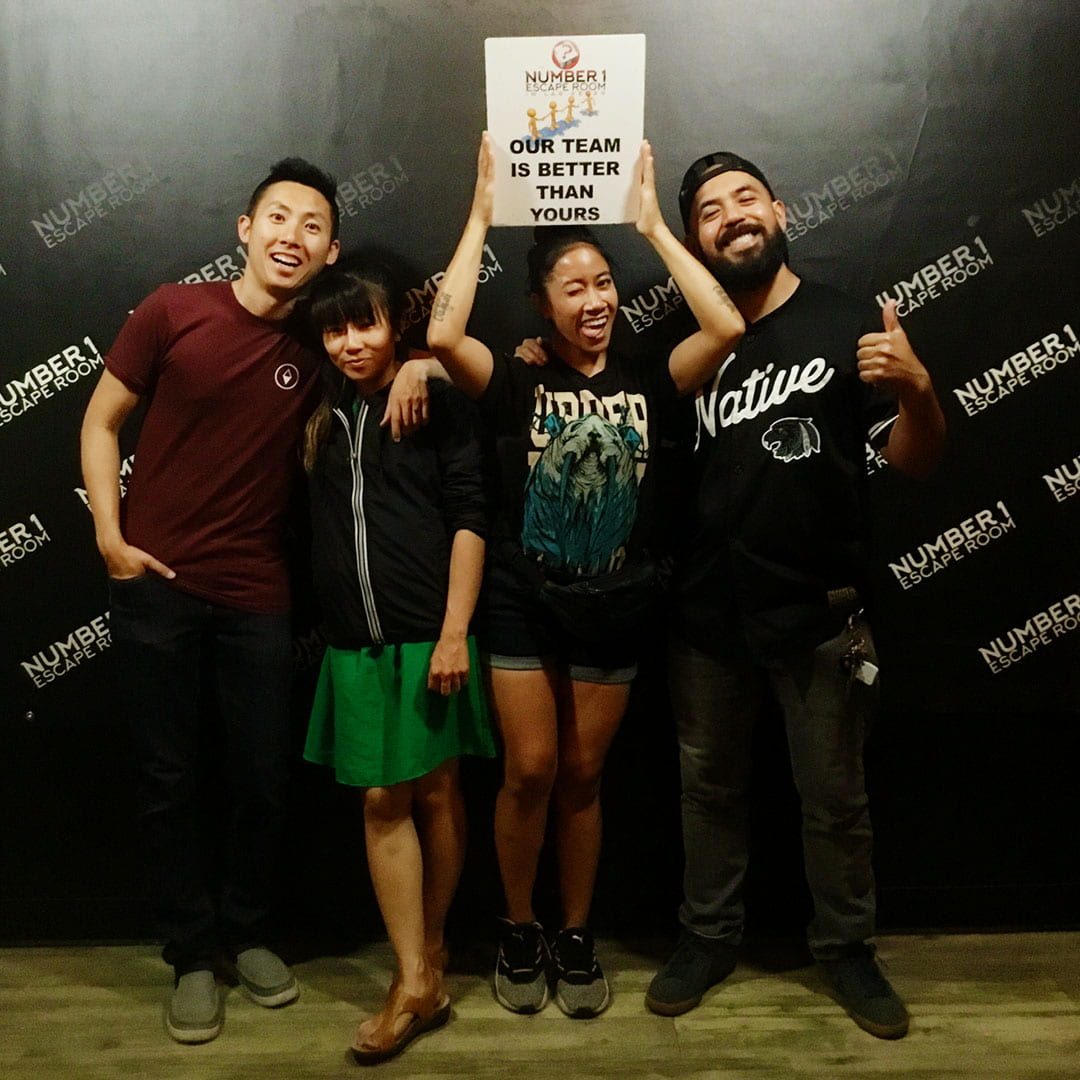 Why You Should Play: Since there are so many locations, we checked out two different ones for Lockdown Rooms. At the Highland location, we did the Mob Boss Escape Room.

This room felt like what first generation escape rooms used to be. If you’ve done a lot of them, it probably won’t be as exciting. However, if you’re new to escape rooms, it’s a good place to start.

The overall set design was okay but a couple elements took us out of the space. Some of the puzzles also felt forced into the story.

We found the ending especially frustrating. There are a couple of kinks to the flow of the game and we sat around thinking we were stuck when we should have just moved forward.

On the plus side, we had a chance to give the owners feedback and hopefully they’ll consider them in the future.

Note: If any of you guys visit this escape room, we’d love to hear about your experience to see if they’ve changed anything. 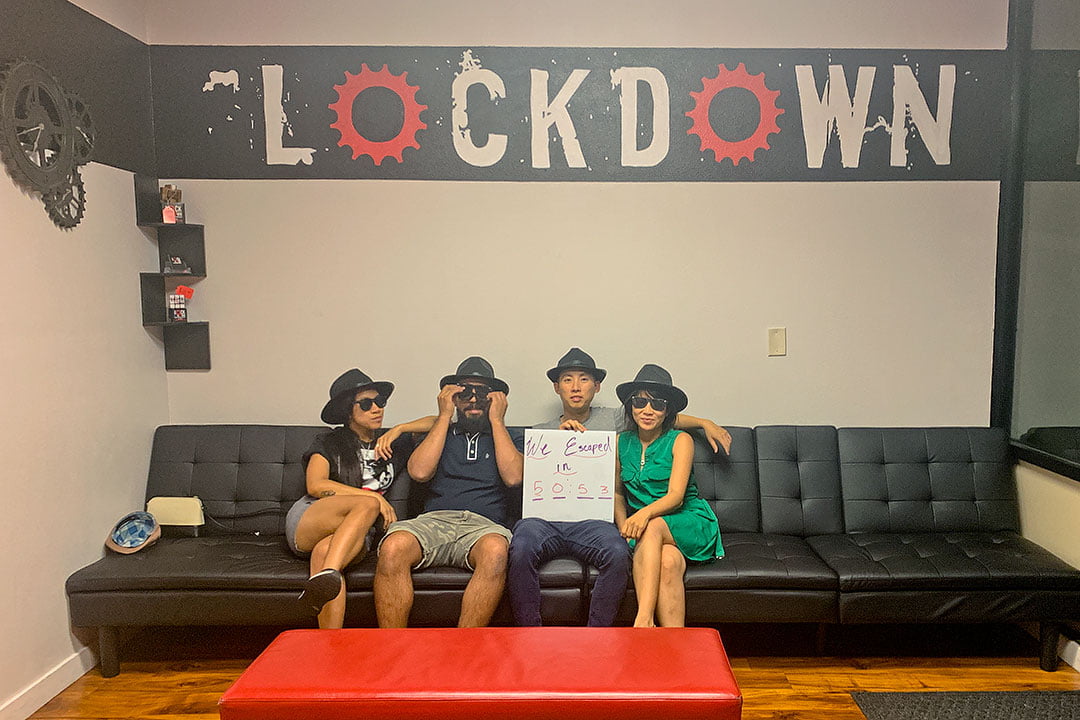 Each player definitely has a specific style and preference to escape rooms. Although we averaged our scores, you can see the breakdown on this spreadsheet. As mentioned earlier, we scored each room based on:

Puzzles – the quality and inventiveness of the puzzles.Immersion – did we feel like the experience pulled us into another world?Overall Fun – did we have a good time regardless of how easy or difficult it was?The scores are comparative. If it was a one off, we may have scored them differently. Since we did them all back to back, we were able to compare them to one another. Just because they scored lower doesn’t necessarily mean that we don’t recommend it.

Jacob: is the true lover of Escape Rooms in the relationship. He loves puzzles that make you think outside of the box and connecting different parts of the room. During the escape, he usually looked at the big picture focusing on the pace of the team, while drawn to abstract puzzles. (Favorite Escape Room: Trapped! Operation: X-13)

Esther: doesn’t really enjoy escape rooms but is a great team player. She thinks very analytically and prefers straight forward problem solving and puzzles. During escapes, she wants to be given one task to execute rather than solving new puzzles. She also really hates scary rooms. (Favorite Escape Room: Lost Games Ch 2)

Greg: goes to escape rooms for an all around good time. His favorite aspect is how well he and his team can be immersed in each environment, working together through themed challenges. (Favorite Escape Room: Trapped! Operation X-13)

Daina: loves details and enjoys the production and creativity involved in the escapes. At the start of a challenge, you can find her searching through books, or under a table to make sure her team didn’t miss any clues. (Favorite Escape Room: Lost Games Chapter 2)

Essential Tips for Escape Rooms and How to Win

Find Out if it’s Public or Private. We much prefer private experiences with our friends so be sure to check when you’re booking if you’re matched up with strangers or if your group will have their own private room.Arrive Early. Arrive 10-15 minutes early to give yourself time to sign in, use the restroom, and regroup before the game.Check the Intended Group Size. Rooms are made specifically for certain group sizes. If you play the maximum team size, it can get crowded and there isn’t much for everyone to do. We prefer groups of 4-8.Ask for Clues. All rooms have a method where you can ask for clues. Don’t get so stubborn that you’re stuck on one puzzle for the entire game. You can also ask the game master to watch closely and give you clues to help pace the game.Search the Entire Room. In the beginning, everyone should split up to search the room for clues. Just remember where each clue was found in case it’s an important piece to solving the puzzle.Trade Places. If you’re playing with the SO, the stress might cause arguments. If so, mix up who you’re working with. This is also true if you get stuck on a puzzle. Hand it off to someone else in case they see if from a different perspective.Pay Attention to Details. Sometimes clues can be as simple as things written on the wall or artwork hung in the room.Have a Discard Pile. It’s rare that items are used more than once. Only one out of the dozens of escape rooms we played reused a clue. With that in mind, keep finished items all in one place so don’t get confused if you’ve used it already.

Are there other Las Vegas escape rooms that we missed? If you would like to be included in this list, email hello@localadventurer.com for more info.

Did you enjoy this post? Pin it for later 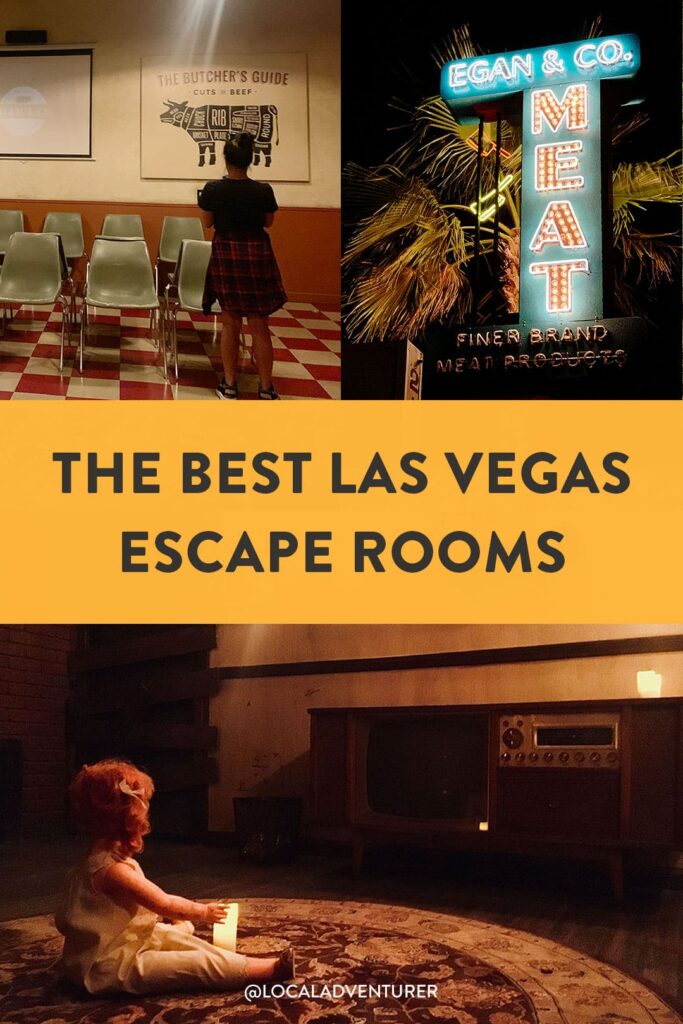 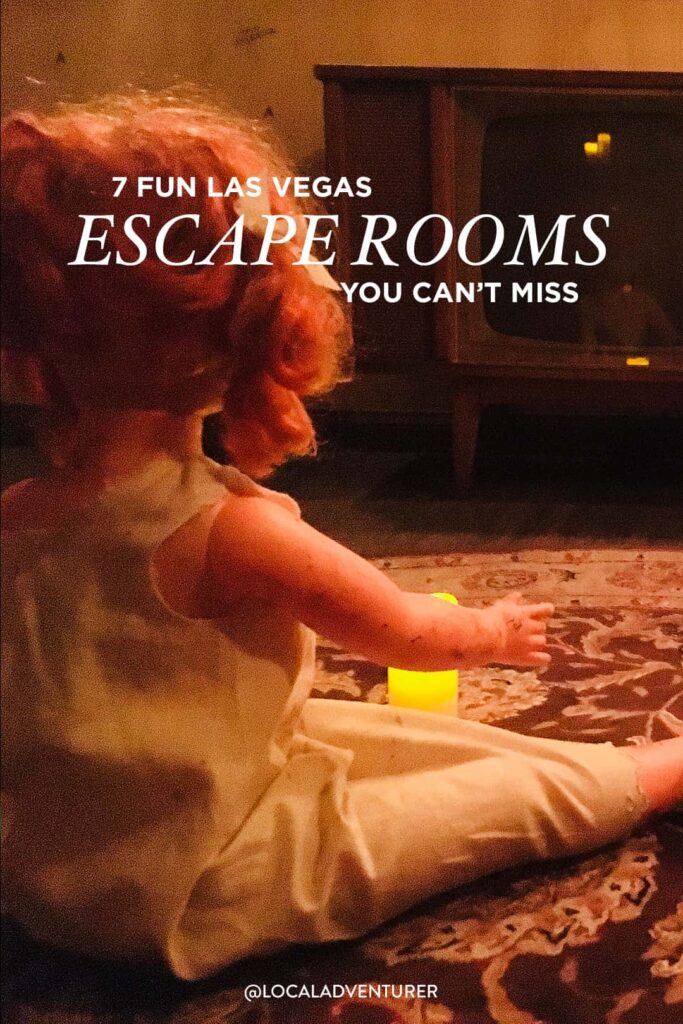 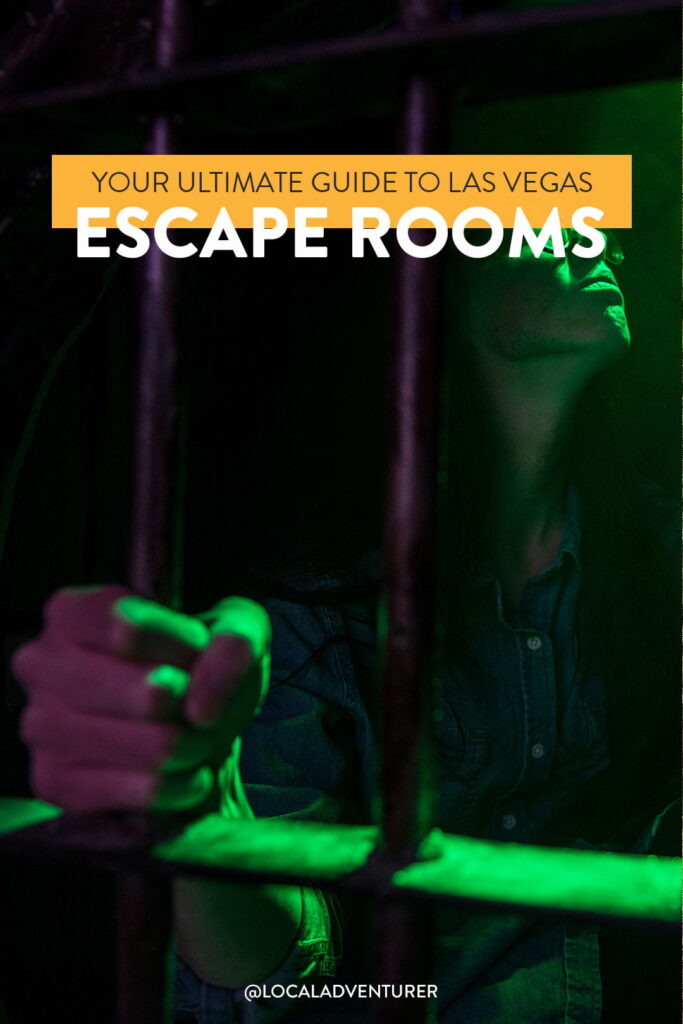 SEE MORE THINGS TO DO IN LAS VEGAS

“Discovery consists not of seeking new lands but in seeing with new eyes” – M. Proust

Esther and Jacob are the founders of Local Adventurer, which is one of the top 5 travel blogs in the US. They believe that adventure can be found both near and far and hope to inspire others to explore locally. They explore a new city in depth every year and currently base themselves in Las Vegas. 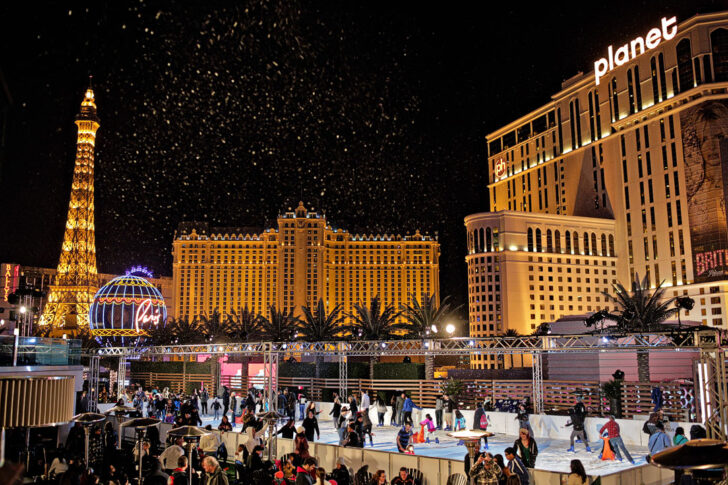 5 Ways to Have the Perfect Christmas in Las Vegas 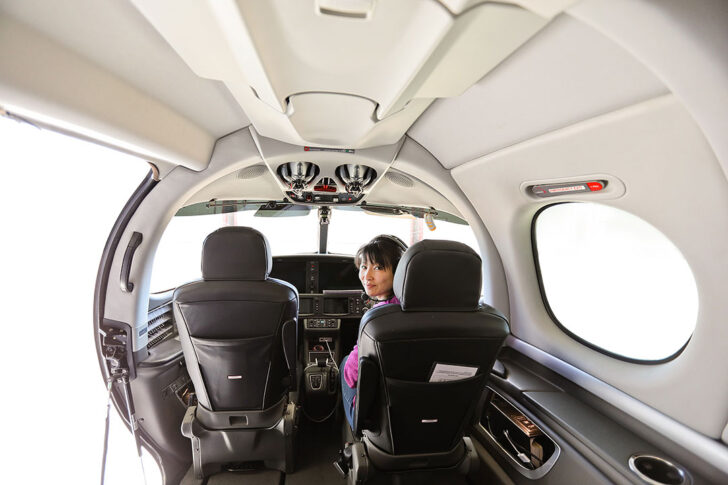 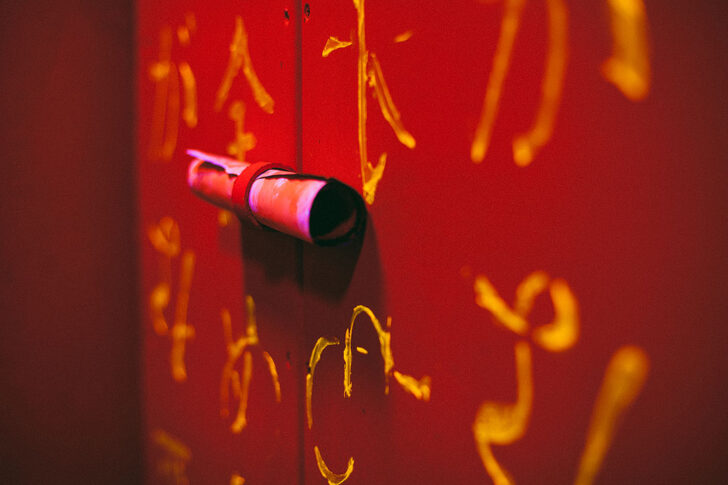 Your Guide to the Best New York City Escape Rooms

No more articles to load

TAGS: in the citylas vegasnevada

‘Your brand reflects your culture,…

The Case of a Real…